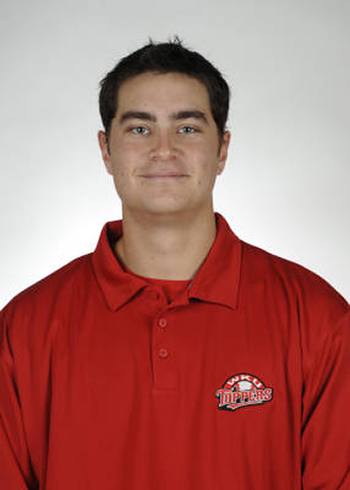 The Hilltopper baseball season started with high expectations, but a 28-29 overall record isn’t going to please any expectation.

This year’s diamond squad accomplished plenty of accolades on and off the field outside of the win-loss column.

Senior Ryan Huck was named a part of the All-Sun Belt Conference First-Team, the first Hilltopper to earn the award since catcher Matt Rice in 2011.

Huck led the conference in home runs with 16, and will leave the baseball program ranking ninth in WKU history in career home runs with 33. Huck also was a semifinalist for national “Breakout Player of the Year”.

Coach Matt Myers said Huck will go down as one of the greats in WKU baseball.

“Everyone is going to remember the season Ryan Huck had,” Myers said. “He is probably one of the greatest in WKU history considering the bat he had to use and the protection he didn’t have a lot of for this year.”

Huck had some help, nonetheless, with fellow seniors Steve Hodgins only starting 28 games. The second baseman from Michigan placed third on the team in batting averages at .316.

Myers accredited Hodgins as a senior who this team could not have done without.

“I think about Steve Hodgins and what he did for our program,” Myers said. “For not playing a whole lot during the first part of the season, he was probably our MVP for the second half.”

The Hilltoppers will lose two seniors off the mound.

Senior right-handed pitcher Taylor Haydel finishes his WKU career second all time in appearances on the mound with 97. The Mt. Juliet, Tenn. native also saved seven games, good for fifth in the conference, and fourth most at WKU.

Haydel, along with Tim Bado are two pitchers that Myers says held the team together in their careers.

“What a transformation in the last two years in (Haydel’s) career here going to a closer and being really good for us,” Myers said. “This time last year, Tim (Bado) may have been our MVP being with the injuries and holding the pitching staff together to always give us a consistent start.

Haydel, Bado, and other pitchers helped in the strikeout category on the year. In WKU’s loss to Arkansas State, Ian Tompkins’ strikeout in the eighth inning tied the school record for strikeouts in a single season at 479.

Even if the Hilltoppers didn’t reach all of their goals on the field, their off the field performances were stellar.

WKU’s seven seniors played a part in the classroom by helping the university earn the Sun Belt Conference Graduation Rate Award for 2012. The award, which is awarded annually to the conference school with the highest student-athlete graduation rate in the respective year, was given Tuesday night at the conference meetings in Destin, Fla.