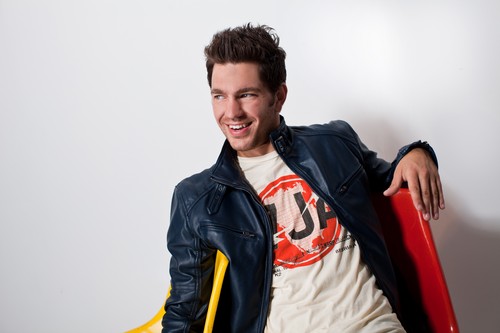 Grammer, singer/songwriter from Los Angeles, released his self-titled debut album in 2011 which featured hits “Keep Your Head Up” and “Fine By Me”.

As of now, Grammer is the only artist scheduled to perform at the M.A.S.T.E.R plan concert, but assistant director of Student Activities, Kenneth Johnson, says there are plans to possibly add another performer.

“We’re still working on the type of bill for the show,” Johnson said. “There may be a smaller (artist), there many not be, but Andy Grammer is the headline for the show.”

Last year’s headlining artist was the band 3OH!3, who performed at Smith Stadium. Union Sophomore Megan Shechik said the concert was a great thing for incoming freshman in getting them acquainted with their new peers.

“It was one of those experiences that just brought you out of your shell as a freshman,” Shefchik said. “I actually met two of my really good friends that I still hang out with all the time just by sitting next to each other at the concert.”

This year marks the 20th M.A.S.T.E.R. Plan session at WKU. Johnson said the show has and will continue to grow bigger and bigger every year.

“We’ try to make sure that our shows get bigger and better every year,” Johnson said. “We’re going to try to hopefully makes sure that this show is better than last year’s for the students in M.A.S.T.E.R. Plan.”