Flags from Home: Student looks for students of immigrants to be able to carry flag during graduation 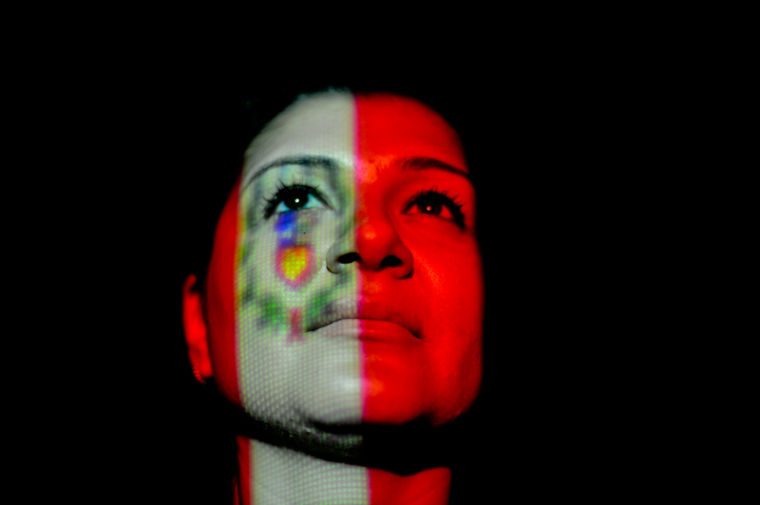 Bowling Green senior Valeria Carlin will be graduating this spring and has been restricted from bringing her Peruvian flag because she was born in the U.S. and is not an international student, even though she has lived in Peru for 10 years. Carlin wants to bring the Peruvian flag to graduation to show pride for her culture and honor her family.

A first-generation American, she wanted to have a way where she could display her Peruvian heritage at graduation and honor her parents.

“My dad’s biggest dream was to see both my brother graduate and me from college,” she said. “He was an undocumented immigrant and he passed away several few years ago, so he’s not going to be there to see me graduate.”

In an effort to honor her parents, Carlin, who was born in the United States, wanted to carry the Peruvian flag at her graduation — a scene where students from around the world carry their homeland flags in the “Parade of Flags.”

She began to look into what it took to participate in the flag parade and found out only international students with an international visa and the highest GPA among students from that nation can carry that nation’s flag.

The policy that stated this hurt Carlin doubly when she found out WKU has no international student from Peru to represent the country.

For Carlin, the solution to students not being able to carry the flag is a logical one.

“There needs to be a way for students with immigrant backgrounds to honor their country,” she said.

She soon contacted executive director of the Honors College and chief international officer, Craig Cobane, and others, asking if she could have the opportunity to carry the flag.

She was still denied.

To compromise, Carlin said she has been given a sash to wear at graduation with the Peruvian flag stitched on one end and the American flag on the other. She said she is grateful she and the international center can come to a compromise, but expressed disappointment that it wasn’t the same as carrying the flag.

International Center director Tarek Elshayeb was limited in his comments, saying since it is an ongoing issue he didn’t feel at liberty to talk about it. He did say there had been a “demand from the community” to change the current policy.

“There is so many people who have requested for those with international heritage, green cards holders and dual citizenship,” he said. “A decision has yet to be made.

“With it being the end of the semester, I just don’t know,” he said.

Carlin has alerted [email protected], the latino student group on campus, who will follow-up with Cobane in the fall.

“It’s so easy for them to say they are going to follow up on this,” she said. “He said, ‘We need to make a revision to the policies’ but from what I know and from what other professors have told me, this has been an ongoing issue for years, and no revisions have been made,” she said.

She has been told it is not possible to change the policy that is in place right now as it’s a long process, but she hopes that it can be worked out for the future. She is returning to WKU as a graduate student next year and will be involved with the process and support [email protected] in their efforts to get the policy changed.

“I’m hoping by reaching out to him next semester, they can have something worked out in December for the graduation ceremonies then,” she said.

Despite her efforts, she still feels that minority students fight a different battle on campus in terms of representation than international students.

“I just feel that many times minority students on campus are underrepresented, and things that are important to us, our heritage and our culture, unless you’re an international student you don’t see that at graduation,” she said.

Carlin said this could be a step forward in showing the diversity WKU has.

“There needs to be an opportunity to show the diversity we have on campus,” she said. “And yes, we belong to organizations, but at the same time if you are from another country or have strong ties to another country how do you display that other than carrying the flag?”