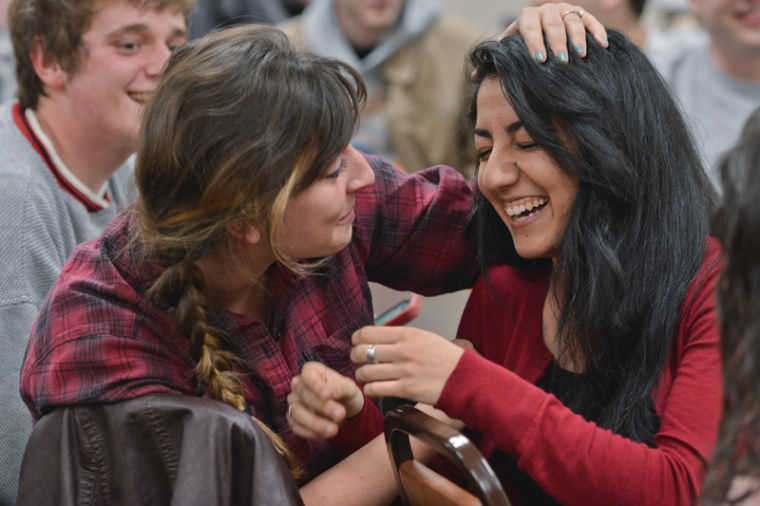 The Student Government Association election results were revealed Thursday after midnight, and the winners are already making plans.

Boka, who is the current executive vice president of SGA, was excited to hear that she will be the next president.

“It feels like achieving something that I’ve wanted for a very very long time,” Boka said. “It’s almost surreal.”

Boka has plans for new initiatives in the upcoming year.

Some of these initiatives include creating more scholarships for summer and J-term programs, establishing more test prep resources and bringing in more international student representation.

“My ultimate goal is reaching out to students on campus and finding out what their concerns and issues are and serving those the best I can,” Boka said.

Reeves said that it felt good to win as well.

“I’m really privileged and honored that the students chose this,” Reeves said. “I really appreciate the opportunity to serve the students.”

Reeves said he wants to fight for all students’ ability to engage in WKU’s services.

“The biggest thing I want to work on is expanding diversity,” Reeves said.

Reeves plans on working with the Honors College, Study Abroad and the Office of Scholar Development to appoint minorities to positions of leadership.

Seay, who ran uncontested for administrative vice president, said her future plans are to “serve the student body in the best way that I can,” by increasing food allergen awareness on campus and working to help reopen the South Campus food court.

“I feel very excited and very privileged to serve the student body,” she said. “I just hope that I can keep in contact with them to serve their interest the best I can.”

SGA President Cory Dodds has mixed feelings about handing over his position.

“You know, it’s always kind of bittersweet,” Dodds said. “I must say it’s kind of a relief though.”

Along with the executive officers, 26 senators were elected.

“I think that we elected a good group of senators, and I look forward to seeing what they will do next year,” Dodds said.

Boka took 47 percent of the vote count with 626 votes for president.

As for the other presidential candidates, Cain Alvey, the current administrative vice president, came in second with 419 votes, and Austin Wingate was third with 300 votes.

For executive vice president, Reeves received 57 percent of the vote with 632, and Brad Cockrel came in second with 485 votes.

Alvey said he’s not sure what his plans on for the coming year.

“As of now, I have no plans,” he said. “I’m just waiting for this term to wind down, and then I will weigh my options.”

“I do plan on staying involved no matter what.”

Wingate said he will still remain active at WKU.

“I will remain active in the campus community, but not in SGA for now,” he said.

Of the election results, Wingate said the students voted the way they wanted, and he stands behind that.

“I support the actions of the students, and I support Keyana in her future efforts of making WKU a better place,” he said.