The Reel: ‘Dredd’ is a comic adaptation that brings something new to the table 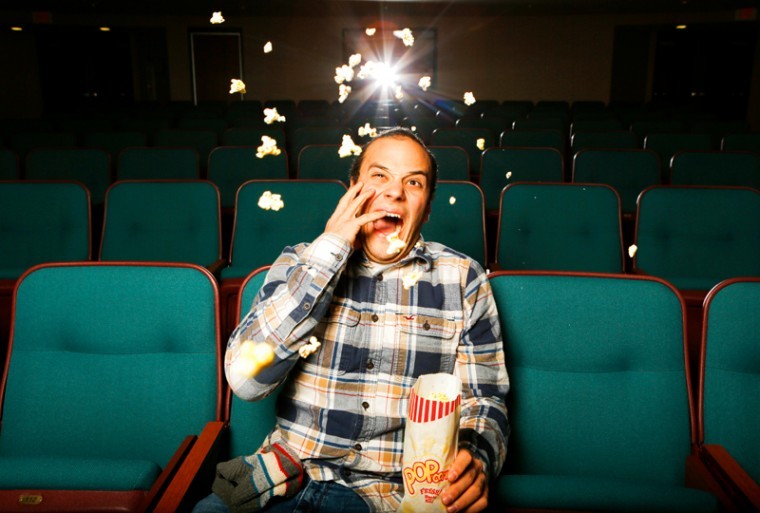 Just when you thought the superhero onslaught of 2012 was over, along comes “Dredd,” an adaptation of the British comic book and remake of the 1995 Sylvester Stallone film “Judge Dredd.”  This hyper-stylized adaptation sees Judge Dredd (Karl Urban) paired with a rookie who has telekinetic abilities (Olivia Thirlby) as they take on a deadly gang responsible for producing hallucinogenic drugs.

With dazzling 3-D special effects, a brooding performance from Karl Urban, and a script that delivers both hard-hitting action and humorous self-parody, “Dredd” earns a “pass” in my field test.   Once the plot really got going, “Dredd” reminded me very much of “The Raid: Redemption”, an Indonesian film that happens to be one of the best action movies I’ve ever seen.

Both involve a team of elite law enforcement officials who fight their way up a high-rise to bring an entire drug cartel to justice. What sets “Dredd” apart, however, is its use of revolutionary 3-D technology to deliver eye-popping, slow-motion special effects.

It’s cringe-inducing, yet downright awesome to see how the human body is affected when standing next to an explosion or to watch bullets sail through a perp’s face. In contrast, the effect creates a surreal experience whenever there’s a sequence involving broken glass or water.

What’s also great is that the hyper-slow-motion technology is used whenever a character is under the effects of the film’s aptly-named drug “Slo-Mo”, so it actually serves a purpose within the story and isn’t used as some cheesy, 3-D gimmick. These sequences are so cool that it’s worth the price of a rental just to marvel at them.  I also really enjoyed Karl Urban’s performance as Judge Dredd. The “Star Trek” and “Lord of the Rings” actor hasn’t always been the top choice for leading man, but he’s so perfectly brooding in “Dredd” that he deserves attention from any future franchises in need of a star.

Urban dispenses justice and delivers cheesy lines at the same time, which is another part of why this movie is so much fun. Think of him as a futuristic Dirty Harry. Olivia Thirlby (“Being Flynn”) also makes a nice turn as the psychic rookie, Cassandra Anderson. She’s a refreshing, cerebral counterbalance that keeps Urban’s gung-ho hero in check and adds some substance to all the style.  Speaking of cheesy lines, props also go to scribe Alex Garland (“28 Days Later”) for a screenplay that’s true to its source material, but also has a subtle sense of humor.

I believe elements like a script that doesn’t take itself too seriously are necessary in blockbuster films as ridiculous as this. It keeps the plot grounded and allows the characters to be consistently engaging. That’s certainly the case in “Dredd”.  In the end, “Dredd” is a comic adaptation that comes off as a more stylized and implausible version of “The Raid: Redemption.” But for its mind-blowing use of 3-D slow-motion technology, strong acting performances, and sharp writing, I’d recommend this film to anyone looking for a bloody good diversion. Rent it today at Redbox.