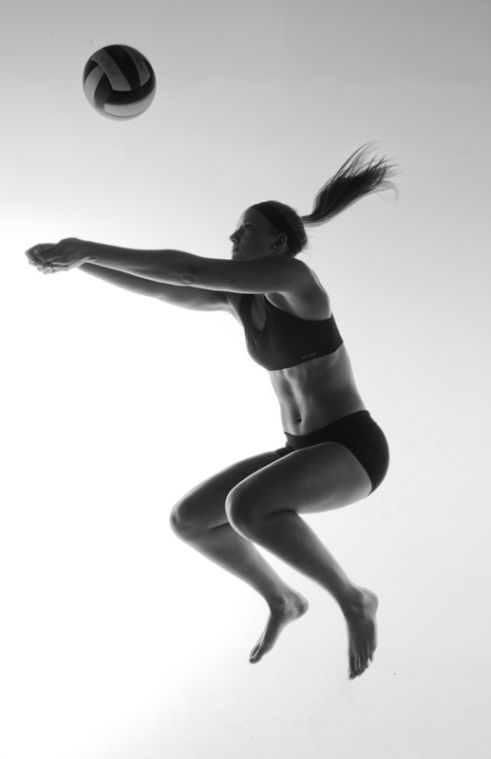 Heather Boyan was first inspired to play volleyball by her older sister.

“She would tell me, come out in the front yard and play, and I’ve been doing it ever since, for as long as I can remember,” she said. “I didn’t join an actual team until fifth grade, though.”

Boyan, a Munster, Ind. sophomore, has come a long way since playing in the yard and on a playground, with a hitting percentage that ranked in the top 20 nationally last year.

However, it hasn’t come without hard work, even for someone who loves exercising.

“Right now, we’re working out four out of five weekdays, either lifts or crouches. It’s really tiring, but at the same time, it’s worth it because I’m getting stronger and better as an athlete,” she said.

Boyan said that for athletes, it’s easy to be picked out in a crowd because of their bodies.

“We work out all the time, people know that we work out, and they expect us to look strong,” she said.

Not a stranger to being noticed because of those standards, Boyan has felt the judgement of others.

“People sometimes judge me because they see my body type and they would immediately think ‘oh, she’s an athlete.’ But I love working out; I do it all the time,” she said.

Though she hasn’t struggled much with her body image, Boyan said it’s still tough to remember that she’s doing the right thing.

“It is hard to tell myself that it’s a good weight, not a bad weight, because it’s muscle that I’m gaining,” she said.