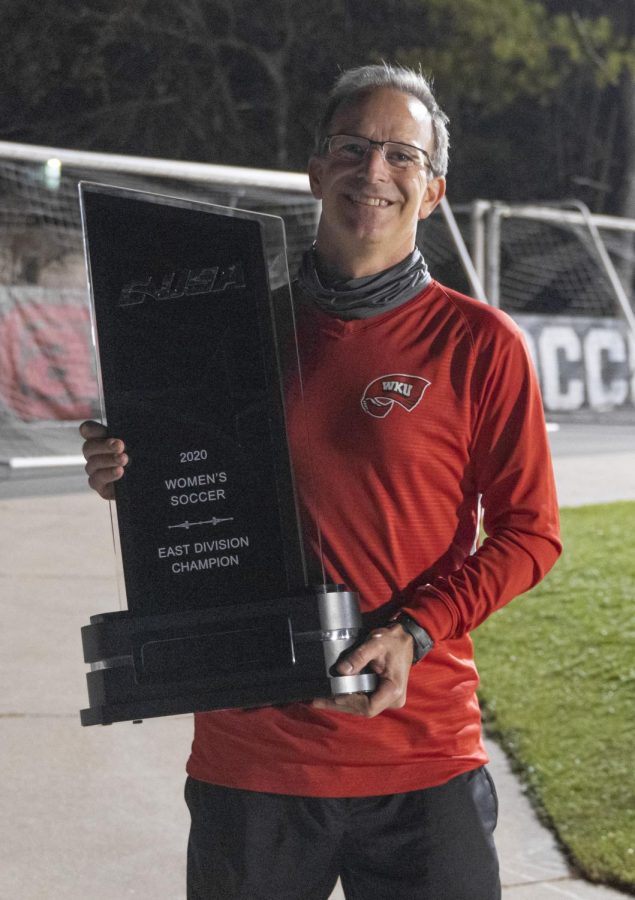 This is WKU’s first C-USA win in postseason play since joining the conference in 2013.

“Every game now is a special moment,” head coach Jason Neidell said. “We said before the game that we’re going to need to be stingy and proud defensively and then there was going to be moments of brilliance for someone, and they were going to have to come through for us and that’s exactly the way the game lands.”

WKU freshman Annah Hopkins scored the lone goal of the game at the 32nd minute of the match to give WKU the lead and ultimately propel the Lady Toppers over the Blazers.

“It’s especially meaningful because it’s our 20th season anniversary,” Neidell said. “At practice last week I took a few moments to thank our student-athletes, they’re the ones on the field playing and competing.”

Neidell said the gift this team has given to the program and the alumni is beyond words or measure because they’ve now been the first group to be a winner of the Conference USA East Division and went to a conference tournament.

“There’s so many of the players from the inaugural team and other alumni that have reached out to me and are just extremely proud of what this group has been able to do,” Neidell said.

WKU was without junior Ambere Barnett after she went down in the regular season finale against Charlotte last Friday. Neidell said in regard to Thursday’s game Barnett will not be available for the semifinal match.

“Our goal is to win, we’re all sticking together, we all have the mindset that this is our story,” WKU sophomore goalkeeper Ashley Kobylinski said. “Everybody is working so well together and we just want to write our story and what we’re all about.”

The Lady Toppers had eight shots on goal with four being on goal, whereas the Blazers had nine shots with five being on target.

“We have great chemistry,” Kobylinski said. “Not only do we work well on the field together, but off the field as well, we’re all such great friends and we all have such a strong trust in each other and we’re truly a unit.”

UAB showed off their team’s aggression early in the match as the Balzers were called for a foul shortly after the first touch of the match.

At the 20th minute of the first half, WKU freshman Brina Micheels took a corner kick, which would be the Lady Toppers first corner kick of the match.

Three minutes later UAB sophomore Lizzie Hill took a shot on goal, but it was saved by Kobylinski.

The Blazers would receive their first corner kick of the game at the 27th minute as UAB freshman Laura Zemberyova took the kick, but would not find the net.

At the 32nd minute of the match, Annah Hopkins fired a shot into UAB’s net to score her fourth goal of the season and give WKU the one goal advantage over UAB.

At 41:30, UAB freshman Jessica Wheeler took a corner kick for UAB, but the Blazers would continue to be held scoreless by the Lady Toppers and their stellar defense.

By the end of the first half of the match, WKU held the one goal advantage over the Blazers from a goal by Hopkins at 32:47.

At the 53rd minute, WKU sophomore Ansley Cate had a scoring opportunity, but it would go wide.

Then at 56:20, UAB senior Audrey Wood would get a shot opportunity on WKU’s net, but it would be saved by Kobylinski to keep WKU in the lead.

In an attempt to tie up the game, Hill would take a shot on the Lady Topper’s net at 69:58, but the shot missed high.

The Blazers had a penalty kick at 71:09, but UAB senior Kamilah Mustafah would fire the ball right into Kobylinski, who would get another save.

“I believe that player was seven for seven this year in penalties,” Neidell said. “I was just thinking maybe this is our time, maybe she’s due for a miss.”

Erwin would take a scoring opportunity at the 72nd minute of the match, threatening UAB with a shot hitting the crossbar.

At 89:43, UAB sophomore Asha Zuniga would receive a yellow card and WKU would get the ball back and drag out the clock to take down the UAB Blazers 1-0 and advance to the semifinals to play either North Texas or Charlotte.

“Both opponents are great opponents, both very competitive opponents,” Kobylinski said. “We recently played Charlotte in the East Division Championship so that’s going to be a lot of competition. With North Texas, we’ve played them last season and both teams put on a battle, so I feel like both teams would be great competitors.”