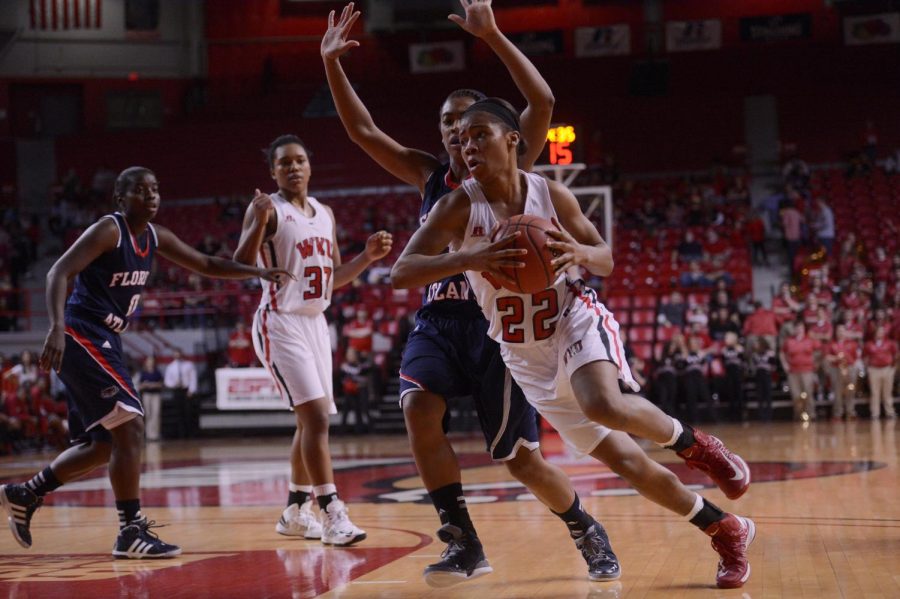 The Lady Toppers took the top spot in the Sun Belt Conference with a 86-68 win over an FAU team that came into Diddle Arena with a 5-1 conference record.

“One thing coach (Michelle Clark-Heard) told us is that when us three show up to play, it’s hard for a team to defend,” McGee said

The three combined for 71 of the team’s 86 points.

Coach Heard said that as a coaching staff, the decision to insert McGee into the starting lineup has been a crucial one.

“She (McGee) can flat score the basketball and she’s working really hard now to get better defensively and she’s stepping up to the challenge,” Heard said.

The crowd at Diddle Arena was the largest announced for any game this year with 1,719 in attendance.

Before the game started coach Heard went down to shake hands with FAU coach Kellie Lewis-Jay.

Heard said that Lewis-Jay said she was impressed by the size of the crowd at Diddle.

“To hear the opposing coach come in and say that,” Heard said, “that’s a big deal. And that’s what I’m excited about and that’s why I love Diddle Arena.”

That game will be the second of this three-game home stand.