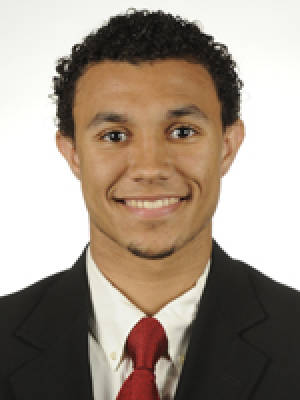 Junior guard Brandon Harris is getting some recognition after a couple of standout performances.

Harris was named Sun Belt Conference Player of the Week Monday after consecutive strong performances on Thursday and Saturday, compiling an average of 19 points and 8.5 rebounds over the course of the two games.

He put up strong stat lines in each of the games. Harris had 16 points, nine rebounds and five assists in a blowout win over Louisiana-Lafayette Thursday and followed that with a 22-point, eight-rebound performance in WKU’s home loss to Arkansas-Little Rock Saturday, a game in which he hit six three-point shots.

Harris, who played last season at Otero Juior College before transferring to WKU in the offseason, has taken on a bigger role in the Topper offense since senior guard Jamal Crook suffered a broken foot in December. He normally plays shooting guard but has seen time at point guard lately.

Crook, the regular starter at point guard, is expected to return to the lineup in February.

Harris averages 8.8 points per game and leads the Toppers with 6.6 rebounds per game.