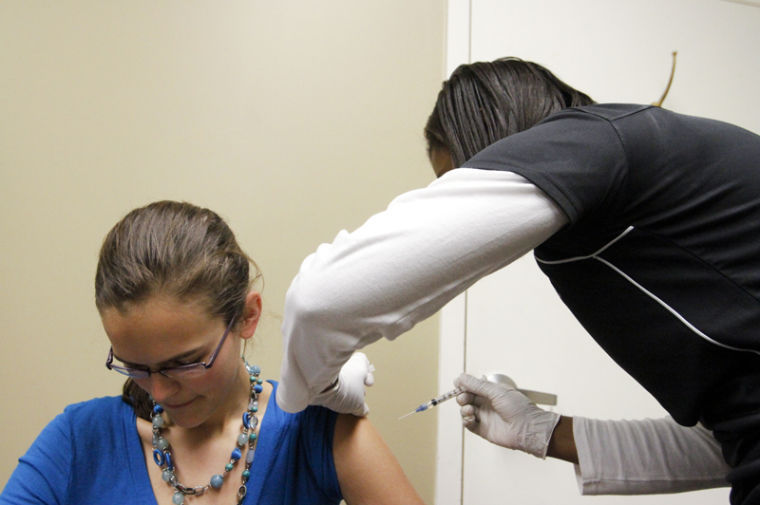 Flu season is in full swing, but the WKU Institute for Rural Health is hoping to combat the sickness by providing free flu shots to WKU students and faculty.

The Institute for Rural Health operates two mobile health units throughout WKU and surrounding areas, a dental unit and general health unit, with the goal of improving the quality of life for people in rural or underdeveloped areas of the community.

From 8:30 a.m. to 11:30 a.m. on Wednesday, the Institute for Rural Health administered shots to any interested students.

Chandra Ellis-Griffith, a registered nurse with the group, said they administer flu shots every year during flu season, but not only at WKU.

The group travels to schools, senior centers and other locations to give shots, as well as performing various medical screenings.

Ellis-Griffith estimated in a given year, the group administers around 1,000 flu vaccines throughout the community.

“We’ve seen an increase in the number of cases, and the medical community is recommending you get (a shot) to protect yourself,” Ellis-Griffith said.

“We had an epidemic of flu this year in specific cities,” AlEissa said. “Flu cases overall are really high.”

It’s for that reason Ellis-Griffith stressed getting vaccinated – and the fact that it doesn’t cost a dime.

“It’s a free flu shot, so we hope people will take advantage of it,” Ellis-Griffith said.