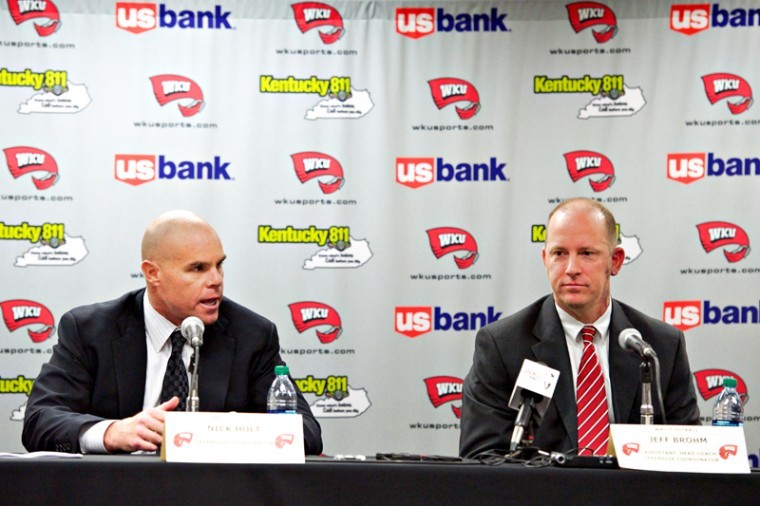 Petrino hired Jeff Brohm and Nick Holt to be the Toppers’ offensive and defensive coordinators respectively.

The hires round out Petrino’s first staff. He announced the hiring of seven position coaches Tuesday.

“To be able to announce Jeff Brohm and Nick Holt as our two coordinators makes this a very, very good day for me,” Petrino said.

“I have a past with Coach Petrino,” Brohm said. “I have a great deal of respect for his ability as a coach, what he believes in… I wanted to get a chance to get back and work with him.”

Brohm’s younger brother, Brian, threw for a school-record 30 touchdowns in 2007 while Brohm served as the Cardinals’ assistant head coach and passing game coordinator.

Petrino said he’ll handle offensive gameday playcalling duties himself, but that Brohm will have major input during the week.

Holt joins the Hilltoppers after a year as Arkansas’ on-campus recruiting coordinator.

He replaces Lance Guidry, who wasn’t retained by Petrino when he took over head coaching duties last week.

“I think (WKU) is an up-and-coming place, a sleeping giant,” Holt said. “I think a lot of neat things can happen here.”