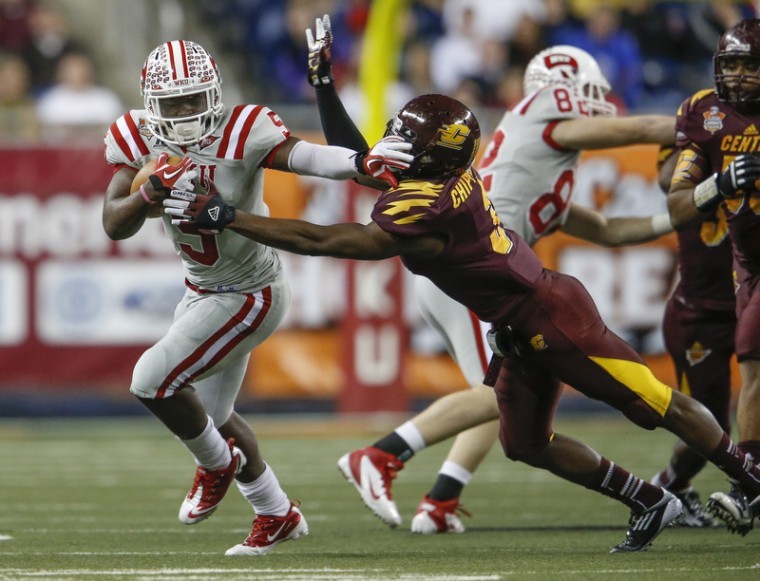 DETROIT — The first half of the Little Caesars Pizza Bowl has already seen records fall as the Toppers trail Central Michigan 17-14 at halftime.

The game has seen its fair share of big plays on offense as well. The game kicked off with a 69-yard touchdown catch by CMU’s Andrew Flory to give the Chippewas an early lead.

The Toppers responded on the next play — senior quarterback Kawaun Jakes took the ball on a throwback pass from Antonio Andrews and found sophomore wide receiver Rico Brown open for a 70-yard gains. Jakes ran the ball into the end-zone two plays later.

The Toppers found the end zone again later in the second quarter. After Flory hauled in another touchdown catch, this time from 29 yards out, the Toppers responded with a one-handed touchdown catch from Jakes to senior tight end Jack Doyle at the 6:48 mark. Both are playing in their final game for the Toppers.

Jakes became WKU’s all-time leader in touchdown passes on that play. He has a total of 51 TD throws in his career.

The second half will resume in 20 minutes.