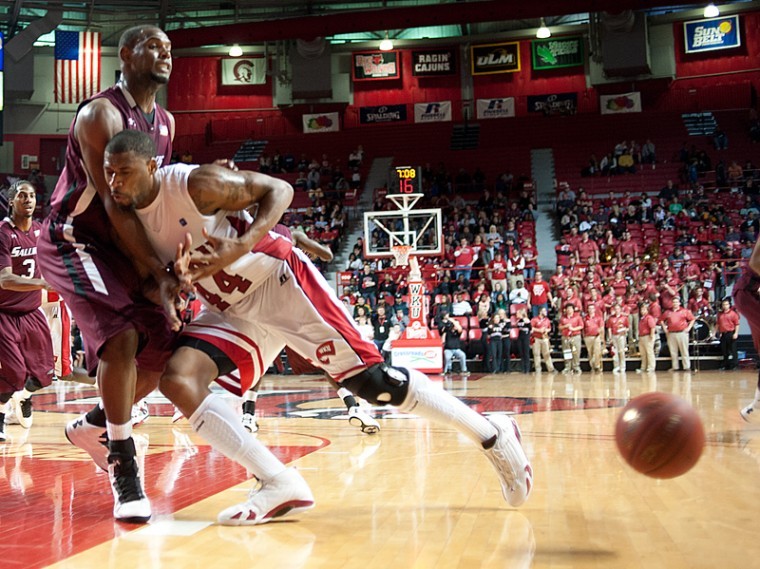 The game featured 24 turnovers to 18 assists and several missed opportunities for both teams at the end.

But when the final Saluki shot bounced out as time expired, senior guard Jamal Crook and the Toppers could relax — they left E.A. Diddle Arena with a 58-57 win.

Crook said that while the Toppers could have played better, a subpar performance won’t count against them in the standings as long as they get away with a win.

“I thought we played good throughout the game at some points, but sometimes you’ve got to get an ugly win like this,” he said.

Coach Ray Harper was also pleased with the game’s result.

He said the Toppers didn’t play a perfect game, citing 50 percent shooting from the free-throw line and missed field goals as examples. However, they did enough to win.

“I’ve always been a firm believer in you can learn lessons from winning just like you can from losing — I’d rather learn them from winning,” Harper said. “We did some good things.”

The loss of two important players forced the Toppers to improvise on defense in the last few minutes Wednesday.

Sophomore guard T.J. Price and junior forward O’Karo Akamune both suffered sprained right ankles in the last five minutes of the second half.

As of Herald press time, the extent of the injuries has yet to be announced.

The two players had been an important part of the WKU effort up to that point. Price had a game-high 17 points, and Akamune, who exerted himself in the paint during the stretches he played, had six points and six rebounds.

Harper called Akamune and Price the two best defenders on the team and said he wasn’t sure how his remaining players would respond. WKU had a one-point lead when Akamune left with two minutes to go.

“They’re gone, so we’re having to try and figure out some things quick and on the fly,” he said.

While the Toppers were able to pull out a tight one-point win, sophomore guard Kevin Kaspar said if they would’ve played better, they wouldn’t have been in that position coming down the stretch.

Kaspar, for instance, missed the first shot of a one-and-one with 23 seconds to go, giving the ball back to the Salukis. Crook missed two free throws with six seconds left, which gave SIU one more chance at stealing a win.

“The game shouldn’t have been like that in the beginning,” Kaspar said. “In the end, a win is a win, so we’re happy.”

Harper said those issues shooting free throws may come back to bite the Toppers if they don’t get better. WKU hit just 9 of 18 foul shots on the night.

“At some point, we’ve got to shoot free throws better,” he said. “There’s not enough time in the day for us to shoot more in practice. We’re doing everything I think possible.”

WKU’s last game before finals week will be a battle at 3 p.m. Saturday in Diddle against IUPUI.

Harper said he expects a good game from the Jaguars, who beat the Toppers 84-76 last season in Indianapolis.

“They’re going to be excited to play,” Harper said. “It’s a game we need to win — right as we head into finals week, to finish this thing off and be 8-2 and knock finals out next week.”