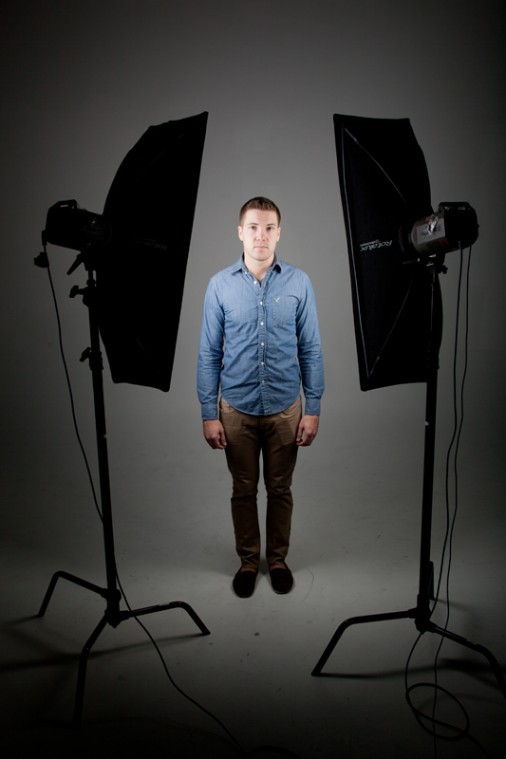 Corbin senior Kevin Worthy and his former boyfriend were harassed and assaulted in 2010 while holding hands near campus. A group of men in a truck yelled and threw things at the couple. “I was very angry,” Worthy said. “I couldn’t believe that they did that to us.” The attackers were never identified.

College campuses are often seen as havens with open arms to any and every person willing to learn. No matter the race, ethnicity, religion, orientation or background of a person, college campuses are seen by the public as one of the most tolerant communities.

This open-minded view isn’t constantly present on college campuses, as prejudices outside campus can bleed through.

Last spring, Corbin senior Kevin Worthy, who is a double major in international affairs and Asian culture, was writing a late-night paper in Mass Media Technology Hall computer lab with his boyfriend at the time.

When he finished his paper, the two held hands as they started walking back to Worthy’s dorm in Northeast Hall around midnight.

A truck drove by on Normal Street with a group of males yelling ‘faggot’ at them, as well as other derogatory phrases pertaining to homosexuality.

“One of them actually threw a wrench,” Worthy said. “They missed by two or three feet, but I was furious that someone had done that.”

It all happened within a matter of seconds, and before either could react, the truck was gone. Worthy said he decided not to report what happened to the police because he didn’t think it would resolve anything.

A hate crime is a crime committed against a person based solely on the person’s race or orientation. This abuse can range from verbal harassment, such as name-calling, to violence — sometimes even murder. Hate crimes occur most often against minorities such as African-Americans, Latinos and the LGBTQH (lesbian, gay, bisexual, transgender, queer and HIV-affected) community, according to the National Coalition of Anti-Violence Program.

Based on a study done by the NCAVP, LGBTQH hate crime murders in 2011 totaled to 30, the highest in 14 years.

So far this year at WKU, there have been 23 assaults reported to campus police.

Ricky Powell, the crime prevention officer at WKU, has worked at WKU for the past 15 years. Of the 23 assaults, Powell said none were hate-crime-related.

Powell said he thinks many crimes go unreported due to embarrassment but strongly believes embarrassment should not stop the report.

“If someone thinks they’ve been a victim of a hate crime, report that,” Powell said. “(Perpetrators) are capable to do that to others.”

Steve Briggs, assistant director of Housing and Residential Life, comes into contact with student disputes before they escalate to WKU police.

“I have indeed, in the 20 years of student life, had that (LGBTQH hate crimes) for sure,” Briggs said. “We have some pretty uncivil students.”

Briggs said that when HRL is made aware of a hate crime, they “address it.”

Like Powell, Briggs can’t force everyone to report crimes, but he said he hopes the victims of hate crimes would report what happened.

When it comes to prevention, activism and council, there are nationwide organizations dedicated to the LGBTQH community. Here at WKU, Student Identity Outreach (SIO) serves as a support group that faces the many prejudices students experience on campus.

“There have certainly been many instances of disrespect and harassment, verbal and otherwise, that I have heard about and that were directed towards students’ sexual orientations,” said Kelley Smith, president of SIO and a Nashville senior, in an email.

“One of the reasons we feel that SIO is an important student organization is that it serves as a safe space where people can come and be accepted for who they are, and it’s a place where they don’t have to face harassment or the types of hate crimes we hear about in the news,” Smith said.

As for solving the problem of hate crimes, there is no solid answer. Steps can be taken by reporting hate crimes, which may be the reason for the highest amount of LGBTQH murders reported in 14 years, according to the NCAVP.

Allies against bullying can also speak out against discriminatory behavior observed in public or simply change the way certain words are used.

“People don’t realize when they use ‘That’s gay,’ it continues stereotypes,” Worthy said. “They don’t realize the impact of it … I don’t think there’s a single gay man I know who hasn’t, at one point, had something yelled at them for doing something anyone else can do.”

In Worthy’s case, it was something as simple as holding hands.