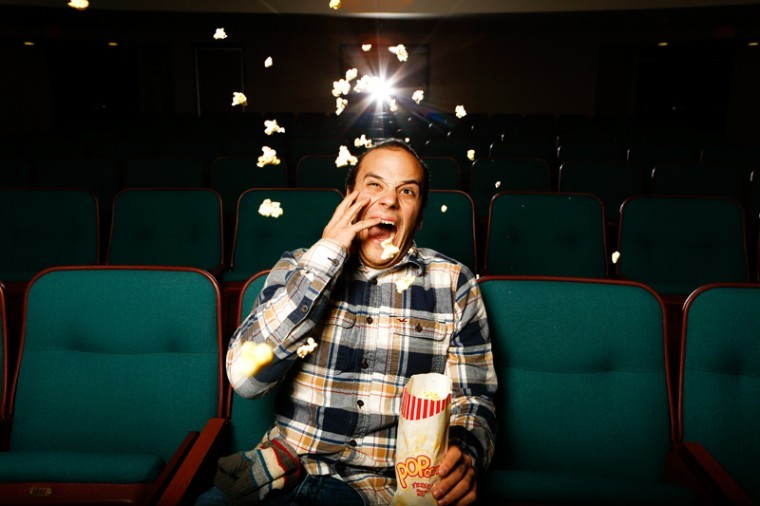 Editor’s note: The Herald’s movie reviewer sat through a lot of films this semester.

Some were better than others. Here are his top picks of 2012.

“Prometheus” is a sci-fi adventure about a team of explorers who make an exciting discovery about the origin of the human race. This film was billed as a prequel to the beloved “Alien” franchise. While “Prometheus” has some very cool set pieces, gorgeous cinematography, and solid acting performances, it’s ultimately too slow for what I’ve come to expect from Ridley Scott and the “Alien” movies.

The big-screen comedy debut of “Family Guy” creator Seth MacFarlane is about a man (Mark Wahlberg) who befriends his live teddy bear. But “Ted” isn’t warm and fluffy. It’s rude, crude, raucous fun. After seeing it twice, I think it’s more consistently hilarious than “The Hangover.”

Disney’s latest animated feature is about a villain from an 8-bit arcade video game who, after 30 years of losing, decides he wants to be the hero for a change. “Wreck-it Ralph” is a blast for its nostalgia, sense of humor and wonderful animation. It has something for gamers and non-gamers alike.

7. THE CABIN IN THE WOODS

Creative duo Drew Goddard and Joss Whedon turn the familiar conventions of horror movies on their head as this film follows a group of college kids on a weekend getaway to a creepy cabin in the middle of the woods. “The Cabin in the Woods” cleverly maneuvers around genre clichés with a dark sense of humor that really needs to be seen to be believed. It reminded me why I love watching movies in the first place.

In this action film, SWAT soldiers encounter a gauntlet of thugs as they make their way to the top of a high-rise apartment building to arrest a ruthless drug lord. Being that “The Raid” is a foreign language film from Indonesia, this movie features English subtitles and a cast of unknown faces. It confirms my belief that some of the best films in the world are not always manufactured by Hollywood.

The latest horror-thriller from director Scott Derrickson follows a true crime novelist (Ethan Hawke) who uncovers some dark secrets that put him and his family on a collision course with a dangerous supernatural force. Disturbing and downright scary, “Sinister” is the most terrifying movie I’ve ever seen.

The latest in the 50-year film saga of James Bond is a harrowing entry that, for the first time, provides insight into Bond’s life before he became Agent 007.  It reveals much about the man behind the fancy suits and gorgeous women. It’s worth seeing if you’ve been waiting for a dark, gritty James Bond grounded in the same realism as Christopher Nolan’s “Dark Knight” movies.

In Christopher Nolan’s conclusion to the Batman saga, Bruce Wayne comes out of retirement to don the cape and cowl once again. I know fans tend to put Heath Ledger’s Joker performance and “The Dark Knight” on a pedestal, but I think this one comes pretty darn close.

This mega mélange of Iron Man, Captain America, Hulk and Thor is light on plot, but earns high marks for sheer entertainment value. The payoff at the end is also immensely satisfying, especially if you stay through the credits.

Steven Spielberg’s captivating period biopic follows President Lincoln’s crusade to end the Civil War and get the 13th Amendment passed to abolish slavery. Much funnier and more historically accurate than I anticipated, “Lincoln” is a marvelously entertaining feature that’s sure to be a major player at the Oscars in February.

Ben Conniff is a Villa Hills sophomore marketing major with a minor in film studies. For more of his commentary, follow him on Twitter @thereelbennyc