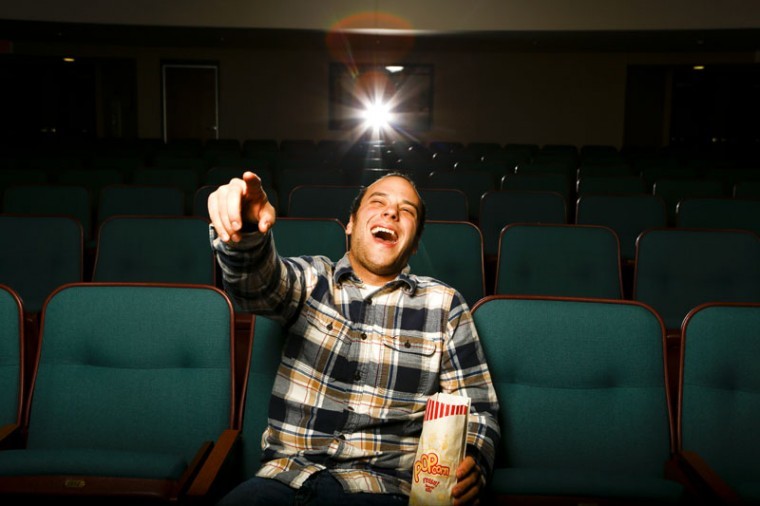 On my way home last weekend, I sent out a tweet trying to scrape together any friends I could at the last minute to go see Disney’s latest animated feature, “Wreck-It Ralph.” I’ve been keeping up with this release since I saw the first trailer over the summer, and I was so excited that Disney was doing a movie about video game characters.

While some of these characters were created originally for the film, I loved the idea of bringing other characters from real-life video games into the story.

The movie is about a video game villain named Wreck-It Ralph (John C. Reilly) who, after 30 years of losing in his featured eight-bit game “Fix-It Felix, Jr.,” decides he wants to live the life of a hero. Ralph moves from game to game trying to fulfill his dream, but his quest brings havoc on his entire arcade.

“Wreck-It Ralph” is an entertaining, nostalgic trip that provides its audience with a unique perspective of the video game world.

Even as a kid who didn’t grow up with some of the games depicted in the film, I still caught enough of the references to get a kick out of them.

It’s not until the film’s second half that things get slightly repetitive. Ralph spends a considerable amount of time in a game called “Sugar Rush” that features characters who race go-karts in a “Candy Land”-like environment.

Vanellope von Schweetz (Sarah Silverman) is portrayed as a glitch within “Sugar Rush.”

However, she’s supposed to be fixed when she crosses the finish line at the end of one of the game’s races.

SPOILER ALERT: Vanellope crosses the finish line, but her glitch doesn’t fix. It’s later explained that her glitch is a superpower that allows her to jump ahead of other racers in the game.

I thought this was a minor cop-out that could have used a better explanation, but overall, I consider it a small imperfection in an otherwise fantastic movie.

“Wreck-It Ralph” has something for gamers and non-gamers alike.

Old-school gamers will love the movie for its clever references and appearances by characters such as Zangief from “Street Fighter,” Bowser from “Super Mario Bros.,” Pac-Man and Clyde from “Pac-Man,” and Dr. Eggman and Sonic from “Sonic the Hedgehog,” just to name a few.

Non-gamers will enjoy the stunning animation and hilarious characters.

This is one of my favorite Disney movies in recent memory for the fact that this is a Disney cartoon that appeals to an older audience despite its family-friendly PG rating.

If you are a fan of Disney’s cartoons or a fan of video games, I highly encourage you to check this one out in theaters.

Ben Conniff is a Villa Hills sophomore majoring in marketing with a minor in film studies. For more of his commentary, follow him on Twitter @thereelbennyc