Drag is Back: Shows start Saturday at Twisted Tap 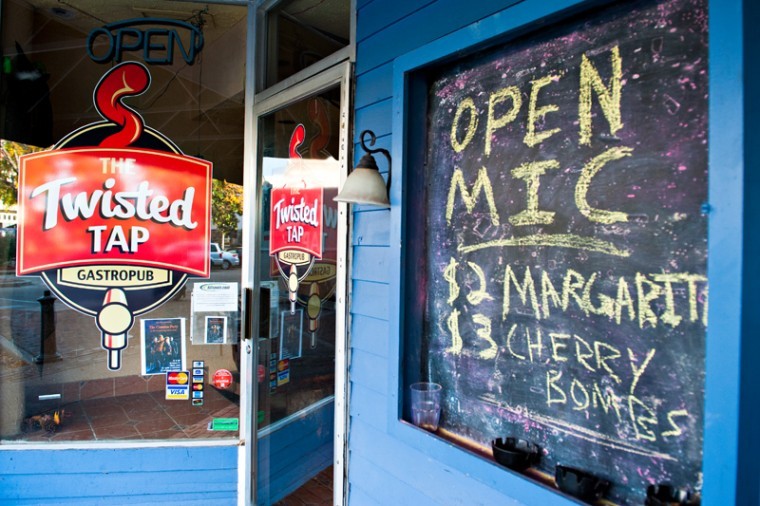 The Twisted Tap is the new home for drag shows. The first show will be Saturday, Nov. 3 at 11 p.m. with auditions taking place at 5 p.m.

Starting Saturday, Twisted Tap is the new home for the drag shows in Bowling Green.

Nashville senior Simone Lampkin has been working on finding a new location for the shows since Vino’s bought Ellis Place in June.

People kept suggesting places to Lampkin where the shows could possibly be held, but wouldn’t seek them out themselves. So, she started looking for ideal locations on her own.

“It was frustrating to see nobody putting in effort,” she said. “From June to August there was no progress.”

Lampkin finally went to Twisted Tap on the square. She said the owner was willing because he knew drag shows bring people out to have a good time.

Along with finding the new location, Lampkin has taken a leadership position within the drag show community. Several of the previous workers at Ellis Place will be joining her at Twisted Tap like Tim Leake, who goes by DJ Timm, and his sister, Amber, who worked the door.

Lampkin contacted Adam Dobson, to be a business partner for the new drag shows.

Dobson, a Bowling Green native, had been a part of the Ellis Place cast from September 2010 to June 2011 as Malloy McQueen.

Dobson said he left the drag scene because of the way favoritism led the shows. He has been traveling and performing elsewhere since.

According to Lampkin, there will be no pre-sale tickets and no mandatory selling of tables, contrary to how the shows had previously been run.

Lampkin and Dobson intend to run the drag shows at Twisted Tap as a business with a focus on diversity.

“We want everyone to feel welcome,” Dobson said.

He also said they want different kinds of performers to play to different types of people.

“We will be picking the ones who will bring new things,” Lampkin said.

Lampkin said they want to run their business as unbiased as possible so the cast will be diverse and the audience will be excited to see them.

Currently, the show doesn’t have a name because Lampkin wants to wait until the new cast has been formed. It was previously called Cabaret La Cage.

“I don’t know who I want,” she said. “That is why we are hosting an audition.”

Auditions will be held at 5 p.m. Saturday before the show at Twisted Tap. The auditions are open to the public and Mallory McQueen and Sammie Luvv, Lampkin’s alter ego, will kick off the event with a duet.

“Most 18-year-olds have nowhere to go on the square,” Lampkin said.

For now, the show will be once a month. The second show has already been scheduled for Dec. 1.

“I’m pumped about it,” Lampkin said. “We have a lot of exciting stuff in store.”