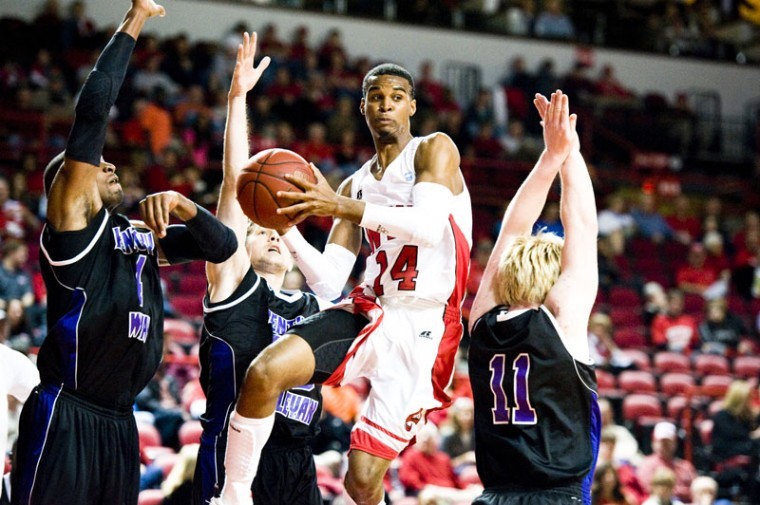 After coasting through two exhibition games, the Toppers will face their first true test of the season on Saturday when they travel to Hattiesburg, Miss., to face Southern Mississippi in their 2012-2013 season opener.

WKU was unbeatable in the two exhibition games it has hosted, but the Golden Eagles were undefeated at home all of last season. They posted a 15-0 record in Hattiesburg last season en route to a 28-9 record and NCAA Tournament appearance.

“Probably their biggest crowd of the year will be Saturday night,” he said. “Our guys will have to do a good job of taking care of the basketball and keeping their composure. I feel confident that we’ll do that.”

With USM expecting another good year, Harper said it would be good for the Toppers to face a team that has high expectations for the season.

Harper, starting his first full season as WKU’s coach, has spent the offseason working with different starting lineups and player combinations to use in games.

Senior Jamal Crook started at point guard for the Toppers in each of their preseason games and is expected to start on Saturday. He said he’s excited to start playing games that matter.

“As a senior, I can’t wait, especially for our young guys,” he said. “They get to come back out and just enjoy playing basketball.”