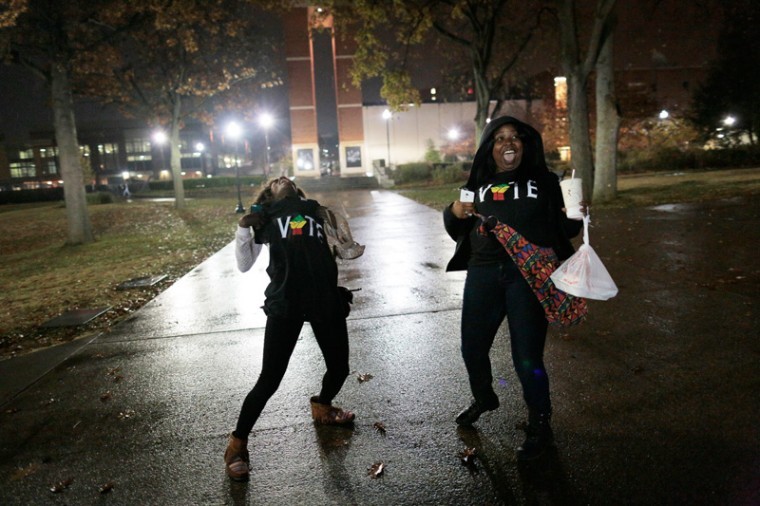 From left to right, Louisville freshman Gloria Akakpo, 18, and Louisville sophomore Kyra Ross, 19, celebrate upon hearing news of President Obama’s re-election on November 6, 2012. The economy and government aid programs are some of the issues that college students carry strong feelings toward. “It doesnt take just four years to rebuild an economy,” said Akakpo. “If after eight years he cant make our economy better, then we should elect a different president.”

Ross credits the president’s re-election as “The best thing that could happen to America again.”