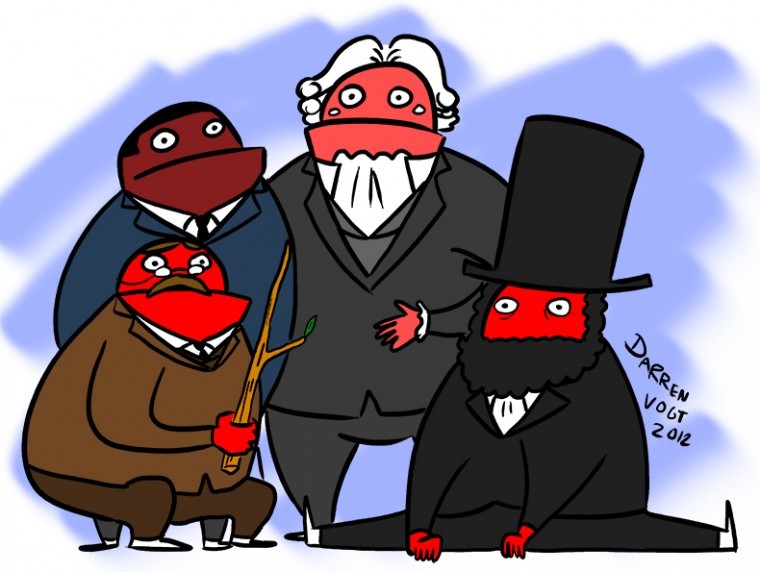 Why do I vote? Because I can. I live in country that deems my opinion important, and that is so rare. I vote because, as a woman, my gender had to fight for that right and I never want that fight to be in vain. I vote because it makes me feel powerful. It makes me feel patriotic. In this small way — one vote towards a possible majority which leads to the electoral college and then the White House — I leave my mark on my country.

Why not vote? I hear the excuses constantly. Neither choice is good enough. My vote doesn’t matter. I don’t have the time.

I argue every one of those excuses. Even if you can find no presidential candidate to support, other races will be on the ballot. And many of those have more direct effect than the presidential race. Some states have referendums on the ballots that affect the constitutions or laws of that state. The election for the leader of the free world isn’t all that is at stake. And President Barack Obama and Mitt Romney aren’t the only two running for the highest office. Do a little research and find out if there is a third party candidate you agree with.

The fact that we as Americans can vote is the only reason we should need to vote, because voting is something so vital to the lifeblood of our country. The fact that you can means you should vote, this year and every election after.

This is what CHH Politics has been rushing toward since the semester started. We have been working to educate readers so they can vote from a knowledgeable and confident place.

WKU gave students the day off on Nov. 6. Sleep in, catch up on homework or TV. Enjoy a day free from lectures and tests. And go vote. Vote for who you think will do a better job running the country as a whole. Vote for who you want to represent you in Congress or the Senate. Vote for state level offices and your county clerk. In some places you can even vote for the coroner. And your vote will matter. It will matter in deciding the outcome of the elections, and it will matter to you. You can raise your voice and participate in democratic process.

This is the CHH Politics call to action. Go vote. Tell your friends to vote. Post it on Facebook. Reach out to your Twitter followers. Leave your mark on this country.