Robinson suspended for first half of ULL game 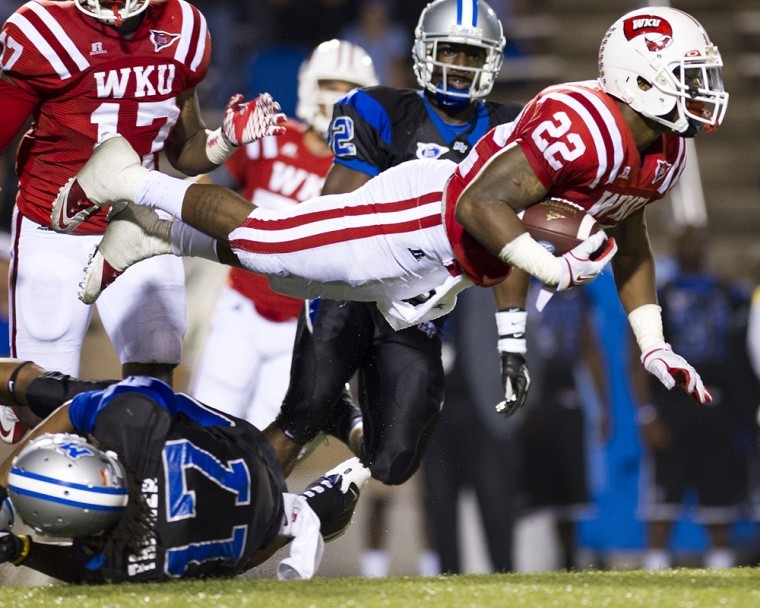 Sophomore defensive back Tyree Robinson during a kickoff return in the fourth quarter against MTSU at Floyd Stadium on Oct. 6, 2011. WKU won the game 36-33.

Lucas Aulbach
Junior cornerback Tyree Robinson has been suspended by WKU for the first half of Saturday’s game at Louisiana-Lafayette due to an unsportsmanlike conduct penalty he received against Florida Atlantic over the weekend.
Robinson was flagged in the fourth quarter for a hit above the shoulders against the Owls.
WKU athletics director Todd Stewart said in a statement that he and coach Willie Taggart made the decision to suspend Robinson after the game.
“Tyree did not have any malicious intent, but we all support the heightened sensitivity on tackles of this nature,” Stewart said.

Robinson will travel with the team this weekend and is expected to return in the second half.

Junior Brett Harrington will likely get more first half reps in Robinson’s place.

The Toppers and Ragin’ Cajuns kick off at 6 p.m. Saturday in Lafayette, La.