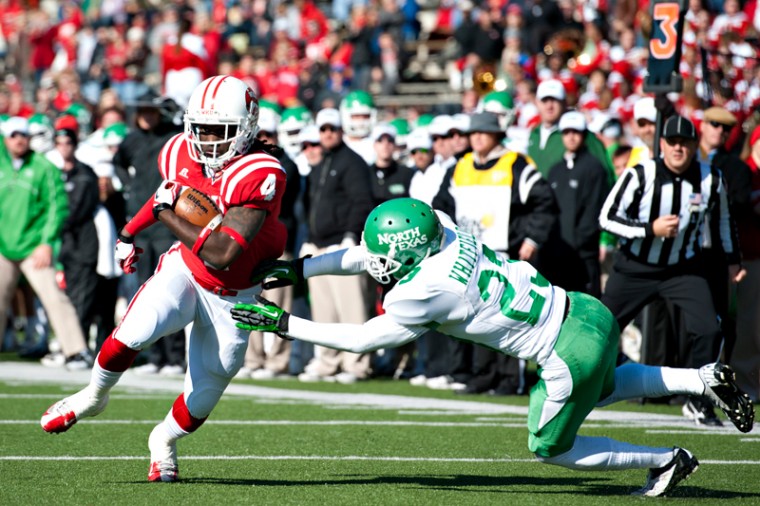 WKU’s regular season ended Saturday with the Toppers sitting bowl eligible at 7-5 — but several college football teams fighting for bowl berths will make their cases on the final day of the 2012 regular season this weekend.

Athletic director Todd Stewart said the puzzle of WKU’s potential bowl bid still has too many moving pieces to figure out the fate of the Toppers.

“It’s a little bit like a Rubik’s Cube — you’ll solve one side of it and then you look at the other side and it doesn’t look the way you want it to look,” he said

The pieces may still be moving across the nation, but by now some numbers are set in stone.

The Toppers finished the season 7-5, with a 4-4 record in the Sun Belt Conference — good for fifth in the league.

The Sun Belt has two games, the New Orleans Bowl and the GoDaddy.com Bowl, that are required to take representatives from the conference.

But the New Orleans Bowl has already picked Louisiana-Lafayette, and the GoDaddy.com Bowl will likely pick a team that finished higher than WKU in the Sun Belt.

That leaves the Toppers in a pool with several other teams across the country vying for an at-large bowl bid.

“The at-large pool is strong, but I like our resume,” Stewart said. “I think we are certainly one of the top 70 teams in the nation, and hopefully we find out this weekend where we’re going.”

WKU is one of 70 teams that have become bowl-eligible with at least six wins. The Toppers don’t have a game this weekend, which means they’ll have a chance to do a good amount of scoreboard-watching Saturday to see if any other teams reach that six-win threshold.

Three games will have a big impact on WKU’s bowl hopes — Pittsburgh vs. South Florida, Connecticut vs. Cincinnati, and Florida State vs. Georgia Tech.

Pitt and UConn both sit at 5-6 and, with wins, would likely take up two of the last at-large bids.

The Georgia Tech situation is a little stranger. The 6-6 Yellow Jackets will have a losing record if they drop Saturday’s ACC Championship against No. 13 Florida State.

Teams with losing records are ineligible for postseason play, but last season 6-7 UCLA was granted an exemption after losing its conference championship. The Bruins took one of the last available bids at the expense of the 7-5 Toppers, who were shut out.

Georgia Tech has filed for a similar exemption this year. As of the Herald’s press deadline, the NCAA had yet to rule on the exemption.

Coach Willie Taggart said he plans to keep an eye on these scores Saturday.

“I’m going to see if they win or lose, keep my fingers crossed and hope the football gods are with us on Saturday,” he said. “I’m sure everyone here at WKU will be watching some of these games to see.”

Wins and losses aren’t the only things accounted for in the bowl selection process — things like expected turnout from fans and a team’s excitement factor are considered as well.

While nothing has been determined yet, there are a few bowls that are more likely to accept the Toppers, such as the Little Caesars Pizza Bowl in Detroit, the Military Bowl in Washington, D.C. and the Independence Bowl in Shreveport, Louisiana. The Toppers will learn their bowl fate on Sunday.

Several bowl analysts have projected WKU in the Little Caesars Pizza Bowl for much of the season.

“Certainly whatever bowl we’re in, that’s a promotional piece for the game — Antonio Andrews breaking an all-time NCAA record — but the fact that he could do it in Detroit and break the record held by a legendary former Detroit Lion I think is a great storyline for that bowl,” he said.

Stewart said earning WKU’s first bowl berth as an FBS member would be monumental for the football program.

“If we go to a bowl game, whatever game we’re in, that’s a landmark achievement because it hasn’t happened before,” Stewart said.