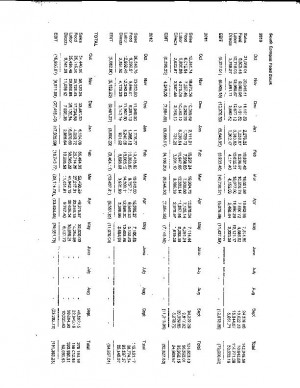 South Campus faculty, students and staff are not happy about the closing of their food court this semester — and they aren’t keeping quiet about it.

Gary Meszaros, assistant vice president for Auxiliary Services, went to South Campus Wednesday for a forum on the issue. One point Meszaros made was that when the food court was open, the school actually lost money, so they had to make a business decision.

“The university’s responsible — it’s not ARAMARK,” he said. “I wouldn’t blame ARAMARK for any of this stuff. ARAMARK comes to us and we have to approve or disapprove.”

Meszaros said Auxiliary Services can’t pay to keep the food court open in “this drastic of a way.”

He said currently, a lot of the Auxiliary Services’ budget goes toward Downing University Center renovations.

“We take the money that we make — I don’t get to keep it, I don’t get a bonus — and we reinvest it in the university, helping mainly now the student center, the new Downing Center,” he said.

He said back when the food court was first brought to South Campus, there was not enough research done. The office didn’t check to see if South Campus students were actually on campus to purchase food or whether they would purchase food at all, he said.

“That’s the part I think we didn’t do enough homework on,” Meszaros said.

Currently, there are sandwiches and burgers offered in the bookstore but there were many complaints about them voiced during the meeting. Students said the food and service are not good and the bookstore isn’t open long enough for them to utilize it.

LeMegan Nader, a Learning Assistance Center tutor, said she’s heard personal stories from students who have had rough pasts and expected more at WKU. One student Nader mentioned is taking classes at South Campus because she needs developmental classes.

“She’s come a long way and she got here this semester, and it is a slap in the face,” Nader said. “You’re not good enough to have what they have on main campus. I’m not sitting here for me…I’m here for students like her. It’s a bit of a discrimination against developmental students.”

Another student on South Campus, Owensboro freshman Benjamin Spurrier, feels undervalued by the lack of good food options available to him.

“The whole closing of the food court, it’s made me feel like I’m not important at all to the university,” Spurrier said. “That whole business, it really makes you feel less human.”

Spurrier said being treated that way has made him consider transferring to another university, despite how much loves his classes and teachers at South Campus.

Patti Minter, faculty regent, was also in attendance, though she said it’s not an issue being addressed by the Board of Regents. Minter said it could be a retention issue, because most students who leave WKU leave for reasons outside the classroom.

“South Campus is terribly important to our overall numbers, our retention,” Minter said.

Minter said because of the meeting, she thinks the people from Auxiliary Services understand the issue better.

“I appreciate that our colleagues at South Campus were very open about how they feel and how angry and undervalued this has made them feel,” Minter said.

“I think there were a lot of good ideas that came out today,” Minter said.

Meszaros said he thinks ARAMARK will be able to come up with a solution along with Auxiliary Services. The hope is to find a solution for the spring semester.

“I got to hear you know, from the source, what the issues were and some of them are easily solvable,” Meszaros said.”Some of them are going to take a little time.”