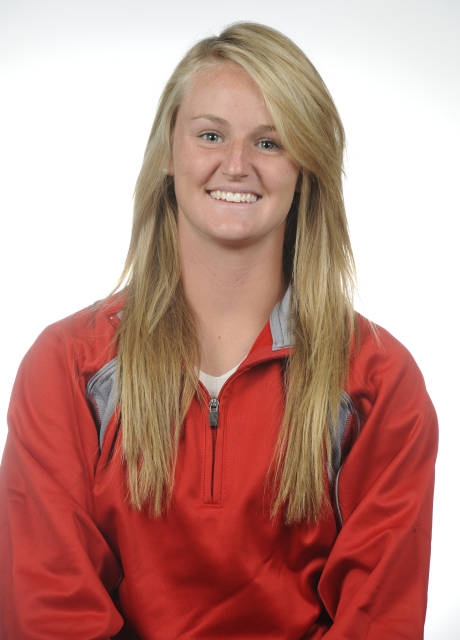 Lauren Moats is off to a good start in her college career.

“I always hoped it would be the way it is,” Moats said.

Senior forward Amanda Buechel said Moats’ “attacking mentality” has made the difference during her first year in a WKU uniform.

“When she’s in front of the goal, she’s very composed,” Buechel said. “As a freshman she still has a lot to learn, but having scored so many goals for her limited amount of time on the field is a great accomplishment.”

Moats began playing soccer when she was 5 years old in her hometown of Lexington.

She played her freshman year of high school in Louisville, then moved to Nixa, Mo., where she finished out her high school career.

Moats decided to come to WKU after playing at an elite camp the summer before her senior year, she said.

“The coaches called after the camp and wanted me, so I evaluated my options and decided on Western,” she said. “It’s an all- around good fit for me.”

Moats finished her high school career with 59 goals and 42 assists,  and played on multiple club teams, as well as the Olympic Development Teams for both Kentucky and Missouri.

“Her natural goal-scoring instincts along with a true passion for the game made Lauren a top priority for our program,” coach Jason Neidell told WKUsports.com.

Moats’ passion is something that sets her apart from the other players, Buechel said.

“She has always been our leader,” she said. “Sometimes you see parts of herself in you and it just makes you want to be more like her.

Moats said her favorite part of playing for WKU has been developing friendships with teammates.

“I love hanging out with the girls,” she said. “I really like the away trips, and I’m, like, the only one, but the bus and plane rides are really fun.

“…We have high expectations for ourselves. We want to make it to the NCAA Tournament.”

Off the field, Moats enjoys watching movies and going to Fellowship of Christian Athletes Bible studies.

Moats also said she would love to play soccer after her college career is over if the opportunity arises, but that it’s not her main goal right now.

After all, Moats still has a bright future ahead of her at WKU, Buechel said.

“Once she works on her confidence and mentality a little more she will be a very important part of the success for the Toppers,” she said. “She has a lot of talent that we haven’t even seen yet.”