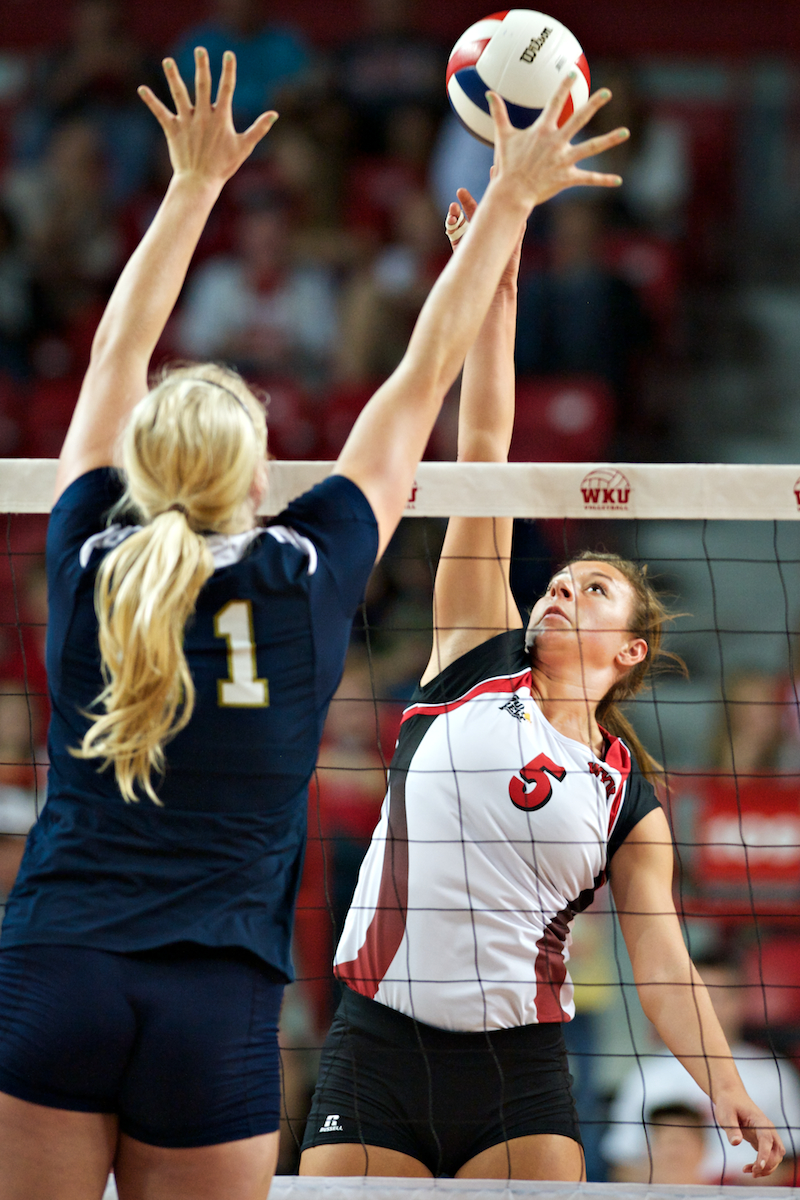 Sometimes when you listen to Travis Hudson, it’s easy to forget his team is 22-3.

WKU’s volleyball coach called WKU’s match against Louisiana-Monroe on Oct. 7 one of his team’s poorest games of the year.

WKU pulled off 3-0 sweeps in both those matches.

After other games, Hudson has talked about how his Lady Toppers need to start faster, play smarter or make other tweaks to their game.

For fans who come to Diddle Arena and watch No. 19 WKU dominate overmatched Sun Belt Conference opponents, those critiques may seem unnecessary or even petty.

After all, when veterans like Heather Boyan, Jordyn Skinner, junior setter Melanie Stutsman and Ashley Potts are clicking, no one in the Sun Belt is going to stop Hudson’s Big Red Machine.

Throw in freshmen like Haley Bodway and Noelle Langenkamp and WKU has the depth to overwhelm the few other teams that can hang with them for a set or two.

But this team, which hasn’t even dropped a set in its eight Sun Belt games, isn’t just out for a league title.

This team is out to reach heights the WKU program has never before seen, hopefully culminating in a deep NCAA Tournament run.

They’ve been to the Big Dance before, coming up short each time.

Having seen what teams have to do to win in December, Hudson knows his team can’t rest on regular season laurels.

“You have no idea,” he said on Saturday after a straight-set demolition of Florida Atlantic. “Sometimes I’m working harder right now than in years that we’re .500 because it’s really, really difficult for 19- and 20-year-old kids, to keep them locked in and keep us focused on getting better.

“It’s a challenge because we’ve got good kids and they want to be great, but all of us get complacent when life gets easy, and we’ve got to continue to find challenges to keep us sharp.”

Boyan was a part of WKU’s 2011 Sun Belt champion squad. She saw that team, one of the best in Lady Topper history, fall short in the NCAA Tournament.

Therefore, she said she appreciates the team, one of the best in Lady Topper history, fall short in the NCAA Tournament.

Therefore, the sophomore middle hitter said she appreciates the challenges Hudson puts before his team as they roll through Sun Belt play.

“He’ll give us things to work on and things to concentrate on that’ll keep us focused for the end of the season,” Boyan said. “…One thing that sticks out to me is blocking. If we improve our blocking, then we should be able to go far into December, hopefully.”

With a whole practice week to improve on blocking, WKU will likely go out on Friday night against Arkansas State and have one of its best performances of the season up close at the net.

But in that case, Hudson or a player will find another area of improvement that can be made.

If WKU wants to keep dominating, it can’t let complacency set it.

No team understands that better than the Lady Toppers.