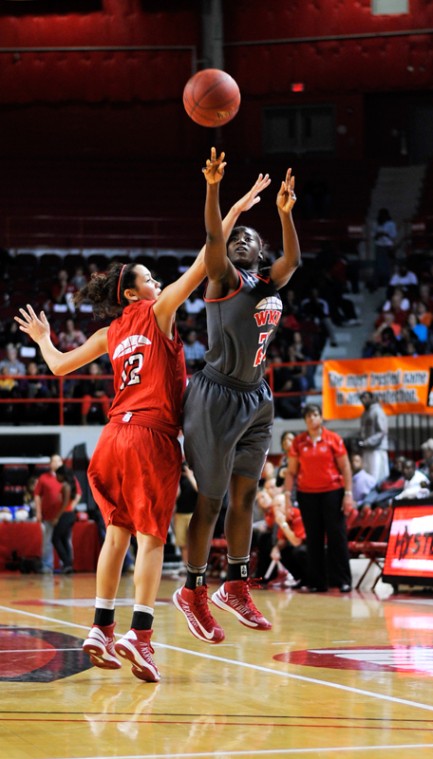 WKU had their Hilltopper Hysteria at Diddle Arena on Oct. 12, 2012.

When the announcement was made in late March that Michelle Clark-Heard would become the next coach, positive energy immediately sprouted.

Heard, a WKU alumna, who graduated in 1990, told the Diddle Arena crowd at Hilltopper Hysteria on Friday that exciting things were going to happen for the women’s basketball program.

“She brings a lot of new energy and I love it,” Govan said.  “This is a new beginning for us and we’re going to go out and compete harder than we ever have.”

The Lady Toppers will open the season with an exhibition match against Harding University at 6 p.m. on Nov. 2 in Diddle Arena.

WKU will kick off regular season competition with a trip to Murray State the following week.

The Lady Toppers must overcome their lack of size by playing aggressive defensively.

“We’ll do a lot of change-up stuff on defense,” Heard said. “Then we’re going to really play hard and cause havoc on that end and out quick people in certain situations.

“We’re going to have to block out to push it up the floor and get it back at the other team.”

Experience is another characteristic the Lady Toppers will lack in their 2012-2013 run.

With no seniors on the team, the team will look to junior guards Chaney Means, and junior college transfer Bianca McGee to provide veteran leadership.

“In the preseason we did a lot more conditioning so we’re going to get it and go a lot,” Fothergill said. “We’re real guard-heavy this year so we’re going to running around a lot and pushing to score as much as we can.”

Govan said the team’s intrasquad scrimmage on Friday was the best way to come out and sell what this year’s Lady Topper basketball team has to offer.

“We showed that we’re going to come out here and compete,” Govan said. “This was our night to come out and show the fans what we’re all about.”