Homecoming candidate prepares for future after bout with cancer 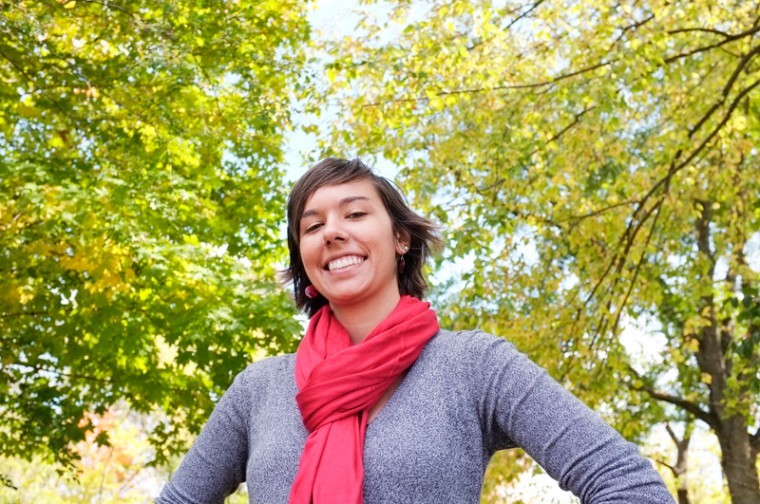 Crestwood senior and homecoming candidate, Alyson Cooke poses for a portrait. This time last year Cooke was battling cancer but has resumed her normal schedule.

Crestwood senior and Homecoming queen candidate Alyson Cooke will be struggling to balance her normal workload while preparing for festivities and attending events this week.

Yet, this time last year, the Baptist Campus Ministry’s nominee was in a different kind of struggle altogether. Cooke was battling cancer.

“It’s just been like a roller coaster ride — my time at Western,” she said.

During the spring of her sophomore year in 2011, the honors student had a lingering cough. She went to Health Services, but she said the physicians there couldn’t find anything wrong.

Cooke’s cough continued through the semester and into the summer. She was preparing to go on a mission trip to China and Thailand for two months and was concerned the cough would get worse overseas, she said.

Shortly before she was scheduled to leave the U.S., Cooke said she decided to go to a doctor closer to home. After getting an X-ray  to check for pneumonia, she found out some troubling news.

The doctor located a grapefruit-sized tumor lodged in her chest, Cooke said. It was over her heart and part of her right lung, pressing on her windpipe.

“After that, everything moved pretty fast,” Cooke said.

The tumor was biopsied and Cooke prepared for six months of chemotherapy treatment — and for her junior year at WKU.

The social work major decided she didn’t want to take the time off from school or from the people she had met there.

“I kind of wanted to be with my friends during the whole thing,” she said.

In the fall 2011 semester, Cooke was enrolled in 15 hours of classes, nine online and six on campus. Every week, she’d make a two-and-a-half-hour drive back and forth from Bowling Green to Crestwood.

During the days she spent at home, Cooke said she had a lot of support there. In addition to her family, she had her boyfriend, University of Louisville senior Philip Smith.

The couple had only been dating for three months when she was diagnosed and they had just gotten over a fight, Cooke said. Since then, the couple hasn’t looked back.

Smith was enrolled full-time at the University of Louisville, but he never missed a chemo treatment. He kept Cooke company during the therapy by watching movies with her or going to dinner afterward.

“She was really strong through it all, so that made it easier for me,” Smith said.

Cooke said she was able to remain strong through chemo because of her faith and the strength from Smith, her friends and her family.

Four weeks into chemotherapy treatments, something surprising happened. During a routine scan that monitored how the tumor was reacting to therapy, the doctor couldn’t find it. The doctors couldn’t explain how or why the tumor had disappeared entirely.

“It was just a miracle from the Lord,” she said.

She continued chemotherapy treatments for the next five months to be safe. Cooke said the doctors told her they could kill the cancerous cells in a best-case scenario, but she would still have a benign tumor at the end of her treatments.

At the beginning of the next semester, she returned to school full-time. Cooke said it was an adjustment to act like a normal college student like before.

“It took a while to get used to having responsibilities again,” she said.

In the time that has passed, Cooke has become president of the Baptist Campus Ministry and remained active in Omega Phi Alpha sorority. She also has an internship with the Boys and Girls Club in Bowling Green.

Despite all her extracurriculars, Cooke’s relationship with Smith remains strong. Smith said the trials they went through in the beginning laid a good foundation.

“During that time, it just really grew our relationship with God and with each other,” he said.

In September, he proposed. Cooke’s next CAT scan is in two weeks, and the couple will wed in July.