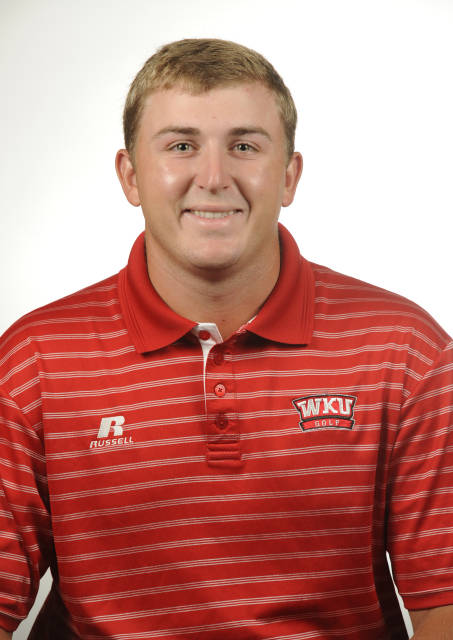 One day after firing the worst first round score of its home tournament, WKU recovered in a big way on Monday.

The Toppers shot a 300 on Monday in the second round of the WKU/Kenny Perry Invitational at The Club at Olde Stone.

That score was best in the field, and put them No. 8 in team standings going into Tuesday’s final round. Jacksonville State leads the tournament with a two-day total of 614.

WKU’s performance was a far cry from Sunday, when it shot 354, the highest score in the 12-team tournament.

Topper coach Phillip Hatchett said Mother Nature had as much as anything else to do with WKU’s turnaround on Monday.

Topper golfers were among the first on the course on Sunday morning and had to deal with wind gusts that reached 40 mph.

Though some of the wind remained on Monday, it never reached the extreme levels of Sunday.

“You’ll ever see the conditions like you saw (Sunday) maybe twice in a lifetime,” Hatchett said. “We’re just glad to get out here where we can stand up straight without the wind blowing you around.”

“Cameron’s a solid player and he’s on the verge of doing some great things,” Hatchett said of the former Greenwood High School standout.

Senior Logan Edelen stepped up and fired a 73 on Monday, the team’s best individual round of the event.

Beal and fellow sophomore Andy Gladden both shot 75s, while senior Will Beard added a 77.

“Today I think we came out and showed the team we are in the right conditions,” Beal said.

The final round tees off at 8 a.m. Tuesday, with WKU looking to continue its climb near the top of the leaderboard.

“I just want my guys to go out there, have fun and stay in the moment,” Hatchett said.