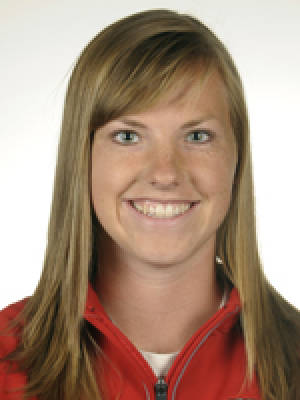 Associate head coach Chris Tinius told Ali Stahlke and her parents on Sunday that the senior defender would score on a free kick that afternoon.

Stahlke proved her coach right, knocking home the go-ahead goal on a free kick in WKU’s 2-0 Senior Day win on Sunday over first-place North Texas (13-4-2) at the WKU Soccer Complex.

“She thought ‘Man, I can shoot this,’” coach Jason Neidell said. “The keeper was cheating out a little bit and it just beat her high.”

Freshman forward Lauren Moats added the Lady Toppers’ second goal in the 42nd minute, getting the ball past the keeper on a two vs. one attack.

Just as impressive was WKU’s back line, which helped shut out North Texas for the first time all season in league play.

“There’s been a very strong rivalry between our schools over the years,” Neidell said. “…On top of that it’s North Texas’ last year in the league. So add all that together and I think it made it a really special day.”

WKU finishes its regular season on Friday in Murfreesboro, Tenn., against rival Middle Tennessee State before starting the Sun Belt Tournament next Wednesday in Mobile, Ala.