Football notebook: Jakes back under center for the Toppers 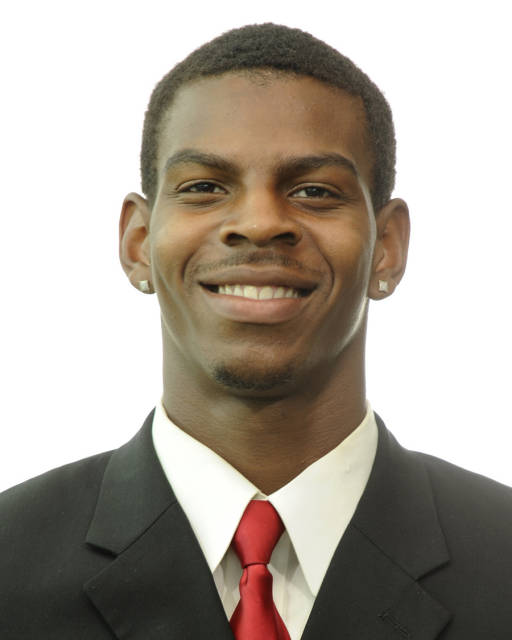 His backup might have been the star of the show against Arkansas State, but senior quarterback Kawaun Jakes is healthy and ready to go for Thursday’s game against Troy.

Jakes hurt his left knee at the end of the first half in WKU’s last game and did not play the second half.

Redshirt freshman James Mauro finished the game at quarterback and led the Toppers to two touchdowns in the last 30 minutes as they rolled to a 26-13 win.

An MRI revealed no damage to the knee and Jakes practiced with the Toppers last week during a bye week.

The bye couldn’t have come at a better time for Jakes — it gave him ample time to recover from the minor injury and get back on the practice field.

“There’s never a right time to get injured, but if I had to, it did come at the right time,” Jakes said. “I’ve been getting rehab, (associate athletic trainer Danny Cobble) has been looking out for me and I’ve been trying to get better.”

He’s expected to start for WKU against Troy on Thursday (6:30 p.m., ESPNU) but Jakes said he’s glad the man backing him up could see his first real time in an NCAA game.

“I’m just happy (Mauro) got some experience,” Jakes said on Wednesday. “It didn’t come in the best way you would want some experience, by someone going down, but I’m glad he got that experience and he did very well.”

Mauro was happy with his performance and the win after the ASU game but reaffirmed that Jakes was the real leader for the Toppers – “this is his team,” he said after the game.

Jakes said he was proud of the way Mauro handled his first game in the spotlight as well as the way he handled himself after the game.

“Those guys just had my back, you know?” he said. “We sit in the meetings everyday just trying to get everybody better.”

Jakes will be expected to perform like a starter on Thursday if he gets the start. He said he expects a strong showing from the Trojan defense.

“They do a lot of good things on defense,” he said. “Their front seven is pretty good but I think we can give it to them and make some plays.”

Fans expecting the Toppers to blow out the Trojans like they did last season might be in for a surprise on Thursday.

Troy had its worst season in years last fall, going 3-9 overall with just two wins in the Sun Belt Conference, but all signs show that its a much-improved team in 2012.

The Trojans, who return last season’s starting quarterback and running back in Corey Robinson and Shawn Southward, have already equaled their win total from last season and currently sit at 3-2 with two conference wins.

Robinson, Troy’s quarterback, and Southward, the running back, are two big reasons that the Trojans have done so well this year.

Robinson has thrown for 1489 yards and six touchdowns this season and is the only Sun Belt quarterback averaging more than 300 passing yards per game.

Coach Willie Taggart said keeping Robinson’s passing totals down will be a must for the Toppers on Thursday.

“I think more than anything he’s been in this system for awhile now, he knows all the ins and outs of it,” Taggart said. “You just have to hope he’s on his off day against us.”

Southward, meanwhile, trails only WKU’s Antonio Andrews in rushing yards per game (Andrews averages 108.4 while Southward averages 103.2) while racking up 542 yards and five touchdowns so far this year.

“His yardage is coming in chunks,” he said. “We’ve got to make sure we wrap up and get enough people to the football to make tackles.”

Dowling to return against Trojans

A familiar face will be back in the backfield for WKU on Thursday.

Sophomore safety Jonathan Dowling will be back on the field for the Toppers after missing the ASU game.

Dowling was serving a one-game suspension against the Red Wolves for a helmet-to-helmet hit in WKU’s previous game against Southern Mississippi.

“I just feel real fresh,” Dowling said. “The whole team’s embracing me, happy that I’m back, so it feels real good.”

Dowling is still tied for the NCAA lead in interceptions per game with one and will play a big part of the WKU defense against Troy.

He said he likes playing big-play quarterbacks like Robinson.

“I always like to play teams who throw a lot, more opportunities for me to make plays,” Dowling said. “We’re just taking it as another game, another win on the schedule.”

Guidry is just as excited to have Dowling, one of the big playmakers on the defense, back on the field.

“It’s always good to have Jonathan back,” the defensive coordinator said. “Jonathan is good for our defense, he plays with a lot of emotion.”