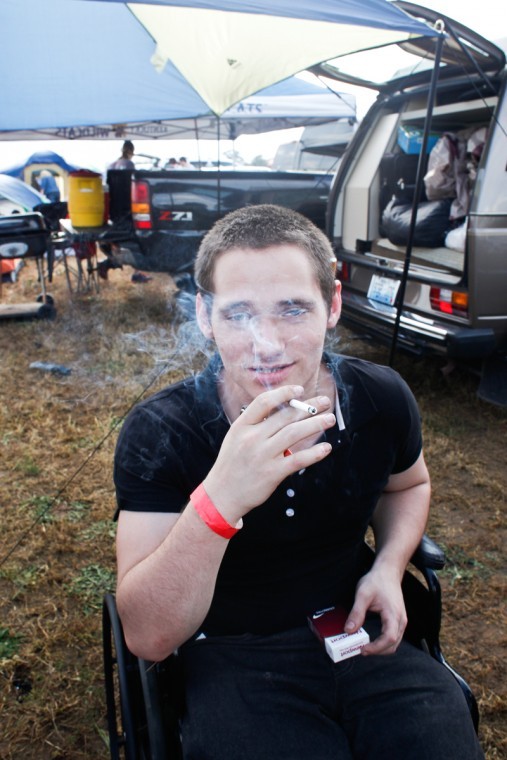 Michael McMahan takes a drag from a cigarette in between acts at Starry Nights Music Festival just outside of Bowling Green, Ky., September 28-29 2012. Camping out wasn’t such a fresh feat for McMahan, who spent the few previous weeks at the Occupy Atlanta protests. McMahan’s leg was recently severed by a train.