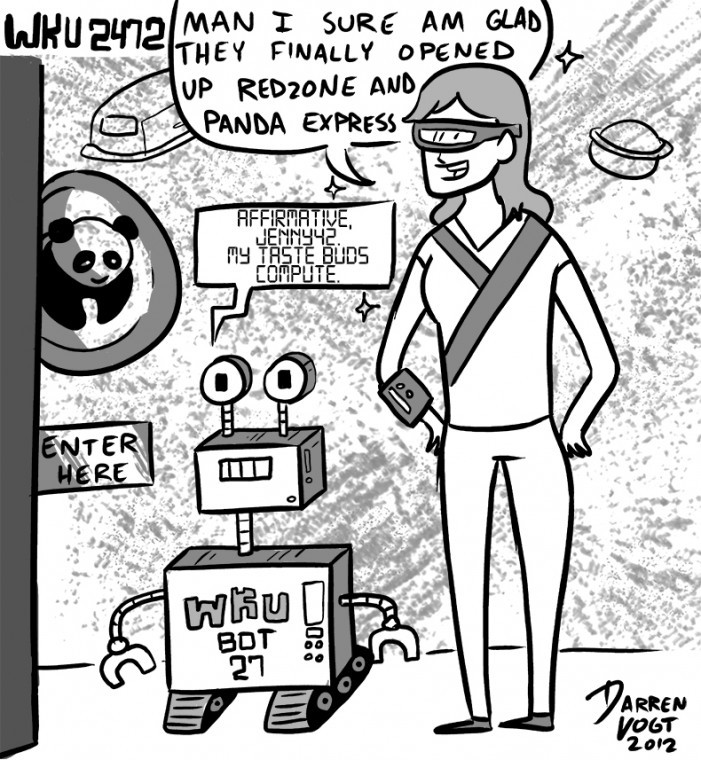 THE ISSUE: WKU’s Panda Express and RedZone are expected to open this week after originally being planned to open in September.

OUR STANCE: As happy as most students are at the news that the two restaurants are finally opening, the Herald is disappointed in both the delays and the way WKU Dining has communicated with the students during the past month and a half.

Students have a reason to get excited, and it’s not because of their football team’s record: There are more restaurants opening on campus.

As with many things associated with WKU Dining and Catering, it seems, there are some dim spots.

Panda Express is opening during fall break and will have a “soft opening,” which means it will only be open for lunch.

Not to mention that when Redzone opens it will open with “reduced menu items.” So besides the fact that students have had to wait so long for it to open, they won’t have as much food to choose from.

The openings are so late that the coupons Dining and Catering gave out at the beginning of the semester for Panda Express have now expired.

Options have already been limited in other areas on campus. Freshens and Java City in Downing University Center, which carried grab-n-go options as well as drinks, have been removed due to the renovations.

What is most disappointing, however, is the way Dining and Catering has notified students about the openings. Updates have been nonexistent. Posters up until recently have been ambiguous with “coming soon” listed as the opening date. Students simply did not know when the restaurants were going to open, and that isn’t fair on their part.

WKU Restaurant and Dining owe it to the WKU students to make up for the ridiculous food issues that have started since the beginning of the semester.

Meal plan pricing has stayed the same, which Dining and Catering has advertised as a plus for students. It is true that having meal plan prices stay the same as before is a good thing, especially with tuition increasing yearly. But when added with the fact you can only spend your meal plans at a limited number of places, it defeats the purpose.

We were all aware that the DUC renovations were going to cause inconveniences, yet the Herald thinks there are many simple things that could have been done to ease the headaches that have been caused. Communication during the process could and should have been better, along with updates on the project. Later hours for already opened campus restaurants is another option that should have been considered. Long lines are often inevitable with a campus as big as WKU’s, but the consistently long waits at Subway and other restaurants have been ridiculous.

And when meal plans do not roll over, students are rushed to spend them so they don’t waste their money. Having meal plan prices stay the same doesn’t matter that much.

It’s time for WKU Catering and Dining to take a hard look at how the openings and closings of campus restaurants are affecting students. Its job is to serve the students, and delays or not, they haven’t been doing a good job as of late.

Well, if you’re not satisfied with the options on main campus, you can head over to eat at South Campus’ food court.

This editorial represents the majority opinion of the Herald’s 14-member editorial board.