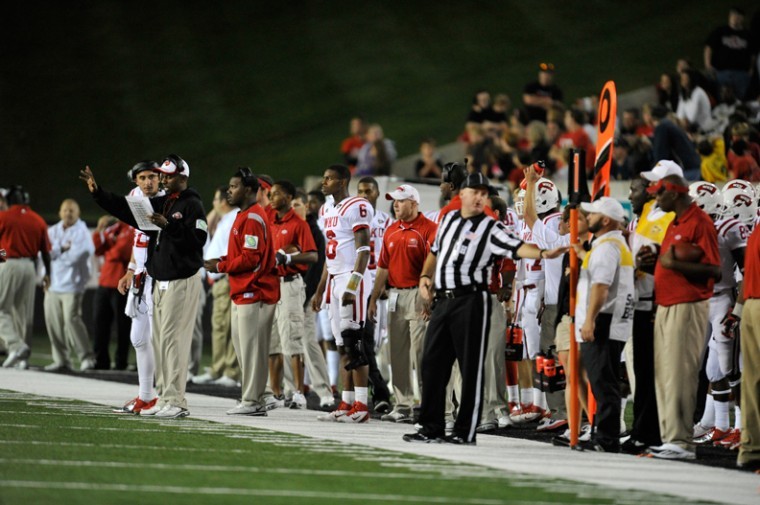 Senior quarterback Kawaun Jakes watches on the sidelines in the second half of the WKU vs Arkansas State game. Jakes did not return to the game after a knee injury in the first.

Senior quarterback Kawaun Jakes’ MRI results came back negative and he was in pads at practice on Tuesday.

Jakes, who has started every game this season for WKU, had the test done on Monday to make sure his left knee was not damaged.

The quarterback was injured at the end of the first half on Saturday against Arkansas State and did not play the rest of the game. He was replaced by redshirt freshman James Mauro in the 26-13 win.

Jakes was in full pads with a brace on his left knee at football practice on Tuesday afternoon.

However he didn’t take reps during the portion of practice the media was allowed to watch.

He’ll have time to recover — WKU (4-1) has a bye this weekend and does not have a game scheduled until Oct. 11 against Troy.