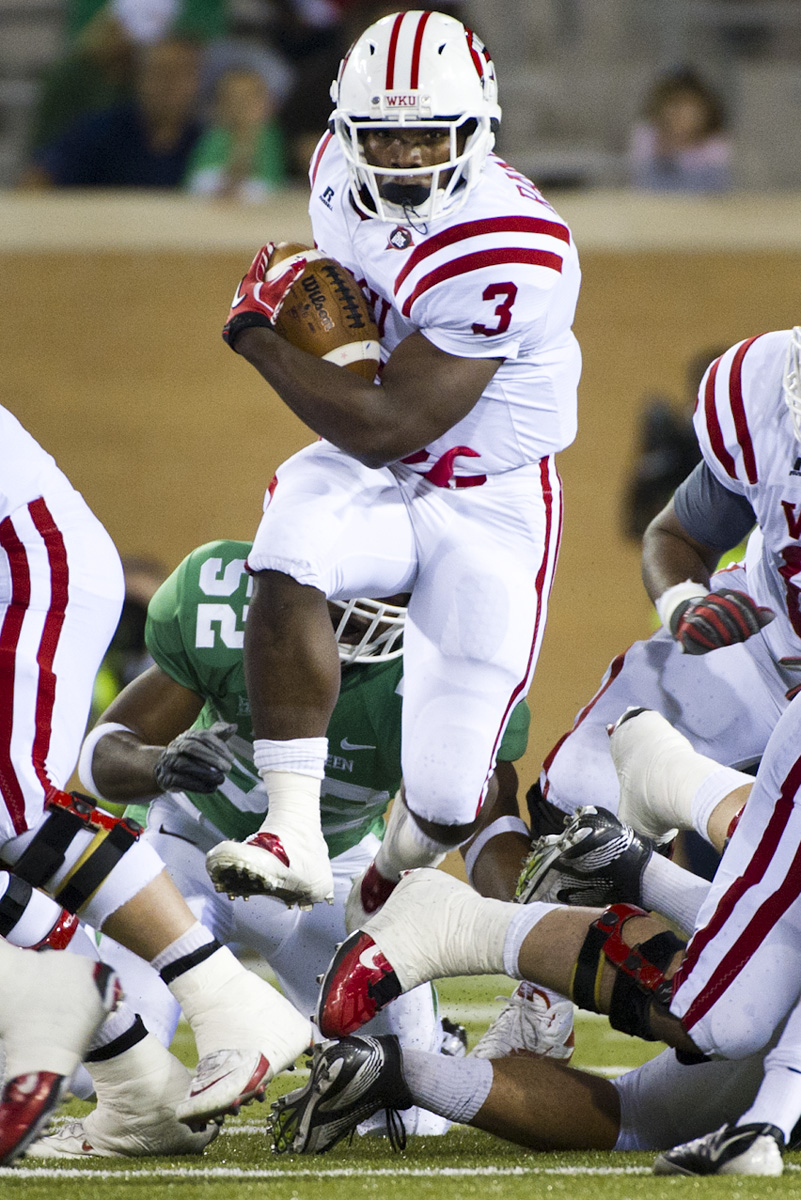 Senior running back Bobby Rainey jumps over a pileup at the line of scrimmage during a run for a short gain against North Texas at Apogee Stadium in Denton, Texas on Saturday. Rainey accumulated 262 all-purpose yards and scored two touchdowns against the Mean Green and was named the Sun Belt's Offensive Player of the Week.

Hours before he was scheduled to make his NFL debut, former WKU All-American Bobby Rainey was cut by the Baltimore Ravens.

Rainey was cut from the active roster in order to make room for Anthony Allen, who was promoted from the practice squad.

Rainey had worked his way up the depth chart with his performance during the preseason, posting 55 rushing yards, 163 receiving yards and two touchdown catches in four preseason games.

Rainey was set to play for the Ravens against the Bengals at 6 p.m. CDT on Monday.

Should Rainey pass through waivers unclaimed, he could join the Ravens’ practice squad.