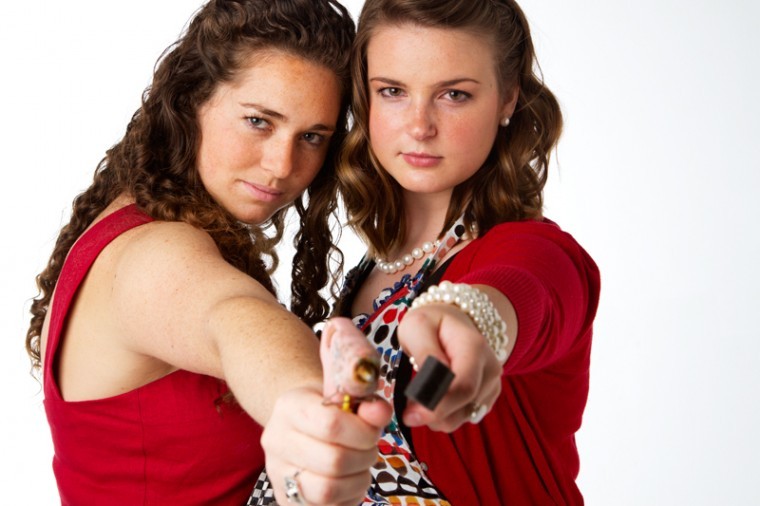 Tessa took the week off so I could focus on a request that I received from a reader — chicken nuggets.

Now, these aren’t just any ole regular chicken nuggets from a bag in the frozen section of the big-name grocery stores. They’re made with love and care and powdered sugar. And they taste almost just like the ones from Chick-fil-A.

You know, the ones you see someone eating on campus and have to get buy for yourself right away? The ones you crave terribly on a Sunday afternoon, only to be deprived by the fact that the store is closed?

Good news, y’all. You can make them yourself.

I have a tendency to buy Kroger’s chicken breasts when they’re on sale, toss them in the freezer and save them for a later date. This proves to be very useful.

Other than the chicken, you’ll also need:

The first step is to whisk the egg and then stir in the milk. Your chicken will chill out in this mixture for two to four hours. Trim the fat off and cut it up into nugget-sized pieces. (I use a pair of scissors because, well, I don’t own a good knife.) Let the cubed chicken sit in the milky egg mixture in the fridge for at least two hours, and up to four. This is essential for making the nuggets tender and wonderful.

Around the three-hour mark, I combine the flour, powdered sugar, salt and pepper into a medium-sized bowl. The online recipe says to place the chicken in the bag and shake it, which is very easy, but I found that there was much more flour mixture than chicken. The extra juice made the flour mixture very lumpy and it didn’t stick to the next round of chicken very well, so I just coat all my chicken in the bowl.

After I’ve made a big mess with the flour and subsequently started the cleaning process, I begin heating up the oil. I have a small fryer; you may have to use a pot. The original recipe calls for two inches of oil in a “medium deep pot,” but I also made twice the nuggets, so I kind of winged it. If you end up with extra oil, you can save it. Or throw it out. I keep mine in an old coffee container for later chicken nuggeting.

I used vegetable oil once, canola another. Peanut oil is recommended, but also crazy expensive for a college student. I never noticed a huge difference between the two. Either way, heat your oil up to 375. If you don’t have thermometer, the best way to tell if it’s the right temperature is by dripping water into it. You want the drop to sizzle, but not pop. If nothing happens when you drip the water in, your oil isn’t hot enough. Is it pops back in your face, let it cool off a bit. This took me a long time to figure out, but I now know it’s worth the time to get correct.

Once your oil is the right temperature, bring your chicken out of the fridge, coat it in your flour mixture, and drop about five nuggets into the oil. They should take about a minute to cook on each side before they’re done.

Another piece of advice I learned the hard way — cooking the nuggets takes heat out of the oil. Give it a minute to heat back up before you place the next few nuggets in to fry. Otherwise, the oil cools down, the nuggets take too long to cook and they end up soggy and gross. Seriously. Super gross.

I keep a plate lined with paper towels to the side of my fryer to place the nuggets on once they’re done so the excess oil will drain away. It makes me feel better about deep frying my food.

Repeat the coating/frying/draining procedure until all your nuggets are cooked. And then eat them. And enjoy them. And brag to your family and friends.

Since I made mine in a large batch, I set aside groups of eight into small plastic bags and froze them. I’d toss one bag into my lunch box in the morning, and by lunch time they only needed to be microwaved for about a minute. I practically lived off these chicken delicacies during my internship this summer.

Though they’re more labor-intensive than standing in line and picking up a cardboard box, they’re cheaper, fresher and most importantly — always available on Sunday.