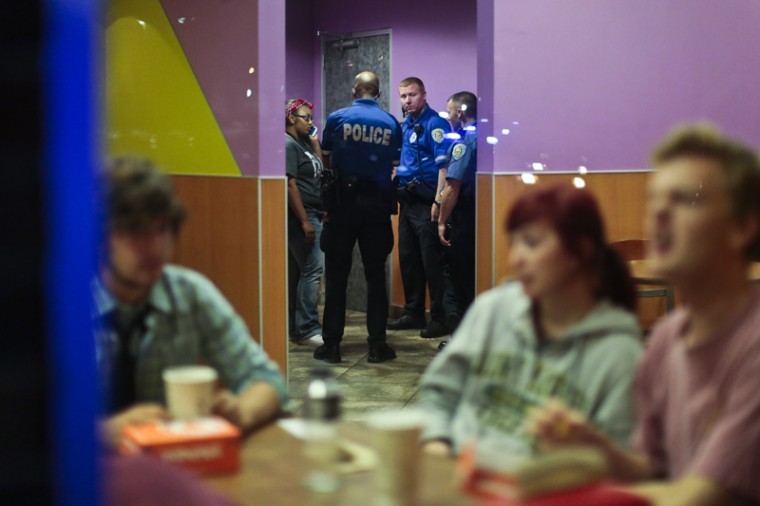 WKU Police Department officers talked to students in the Tower Food Court after police responded to a reported fight in the Pearce Ford Tower area of campus Sunday night.

WKU Police Department responded in numbers to a fight outside of Pearce Ford Tower Sunday night.

Mandi Johnson, WKUPD, said that the fight occurred just before 9 p.m. outside of PFT and was between freshman Kiana Davis and freshman Ortasia Butler.

Minor injuries were incurred, but no arrests were made, Johnson said.

Four police cars surrounded PFT as officers met outside of the Tower Food Court bathrooms and interviewed bystanders. Meanwhile, students went about eating inside and outside of the food court.