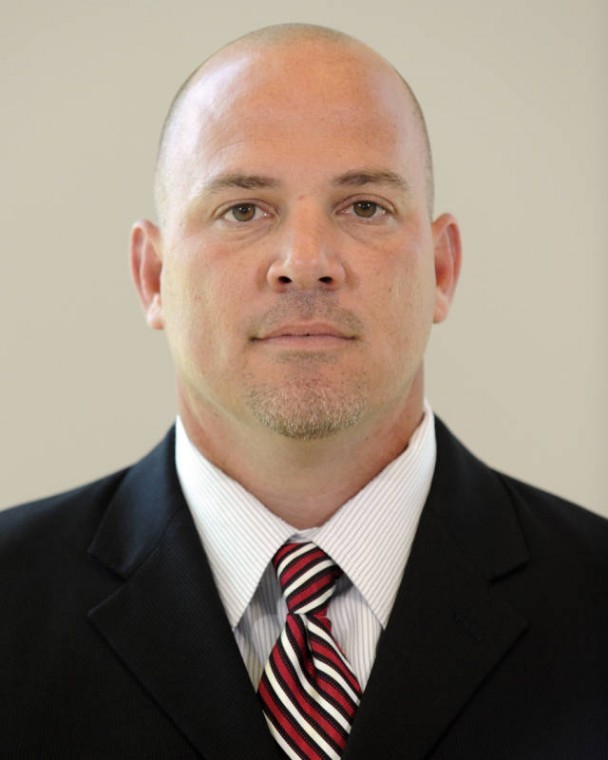 When WKU takes the field on Saturday, they’ll be playing against the highest-ranked team in the country.

Alabama moved up from No. 2 to No. 1 in the AP and USA Today Top 25 polls on Tuesday after their 41-14 blowout win over then-No. 8 Michigan on Saturday. The Wolverines fell to No. 19 in both polls.

In the wake of their dominating performance, the point spread on the game this Saturday currently favors the Crimson Tide by 40 points.

Defensive coordinator Lance Guidry said on Tuesday that the Toppers are looking at this game as a chance to see how they fare against a championship-caliber team.

“One of our GA’s said earlier in the week, ‘This isn’t about a challenge, it’s about an opportunity,’” Guidry said. “For a lot of these guys that want to play on Sundays, this is a great opportunity to show that they can play on Sundays because there are a lot of Sunday players on Alabama’s team.”

The Toppers and Crimson Tide kick off at 2:39 p.m. on Saturday in Bryant-Denny Stadium in Tuscaloosa, Ala.

Senior quarterback Kawaun Jakes may have posted the best game of his career against Austin Peay, but he didn’t do it alone.

The WKU receiving corps were a big part of the win. Jakes threw all four of his touchdown passes to different receivers and completed passes to nine total targets.

Sophomore wide receiver Willie McNeal was on the receiving end of one of those touchdowns and finished with two catches for 23 yards.

“I think we’re starting to develop a little confidence with the coaches to put the ball up in the air,” he said about the receivers. “I felt we always had the skills to do it, we just had to get that confidence.”

McNeal was playing in his first regular season game in over a year. He missed all of last season after tearing his anterior cruciate ligament in the 2011 spring.

He said he was happy to be back on the field.

“It felt like a dog that had been in a cage for awhile,” McNeal said. “It just felt good to run around.”

Senior tight end Jack Doyle led WKU with five catches for 76 yards and a big game from him this weekend would be big for the Toppers as they take on one of the best defenses in the nation.

He said he thinks the Toppers can hang with the Crimson Tide if they can convert their plan on offense.

“We’re just excited about the opportunity to go play at Alabama,” Doyle said on Tuesday. “Like I said, our coaches are putting us in a great situation with some plays to be successful and it’s up to us players to go and run with that.”

For a lot of the WKU football team, this week may seem like deja vu.

The Toppers played then-No. 1 LSU in November of last season. This Saturday they’ll take on No. 1 Alabama.

There are an almost countless amount of similarities between the games. LSU and Alabama are both Southeastern Conference teams with huge stadiums and BCS Championship aspirations.

The two teams even played each other for the BCS title last season. The Crimson Tide shut out LSU 21-0 for their second national championship in three seasons.

Many players and coaches returning from last season can see the similarities as well. The biggest similarity the two teams share is their speed on the field, Doyle said.

“Everybody in the SEC can run,” Doyle said. “We’re just trying to do the best we can and we’ll see what happens.”

The Toppers played a good first half against LSU before letting the game get away in the second half, but McNeal, who missed that game, said many WKU players see that first half as proof that they can play with Alabama.

“We always have confidence,” he said. “That’s just what it is. We feel we can play with anybody.”

Fullback a big part of win

Junior fullback Kadeem Jones’ main roles in the Topper offense are as a blocker and a short-yardage power runner, but he made his biggest play of the game against Austin Peay through the air.

He only had one catch but he made the most of it. Jones caught a short pass from Jakes on a 2nd-and-14 situation and took it 18 yards for a touchdown in the third quarter.

It was the fourth touchdown throw from Jakes and his last play of the game.

Jones also had two carries for seven yards, including one run for a first down.

He will line up against an Alabama defensive line on Saturday that has several NFL prospects. Jones said his team isn’t paying attention to the hype, though.

“Just like I go in the locker room and put my pads on, they do the same thing,” he said. “I think we’ll be all right.”