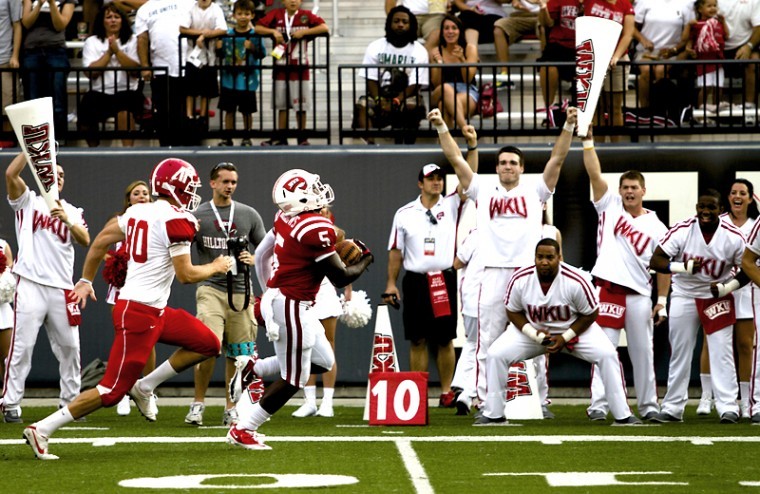 Austin Peay punter Ben Campbell chases WKU junior Antonio Andrews as he returns a punt for a touchdown during the first quarter of the Hilltopper's 49-10 victory at Smith Stadium Sept. 1.

WKU running back Antonio Andrews was honored on Monday as one of seven national punt returners of the week by the College Football Performance Awards.

Andrews broke a scoreless tie in the first quarter of the Toppers’ game against Austin Peay on Saturday with a 70-yard punt return touchdown.

His punt return for a touchdown was WKU’s longest since Antonio Veals returned one 86 yards for a score in 2002 against Murray State.

Andrews finished the game with 228 all-purpose yards, including 130 yards in punt and kick returns.