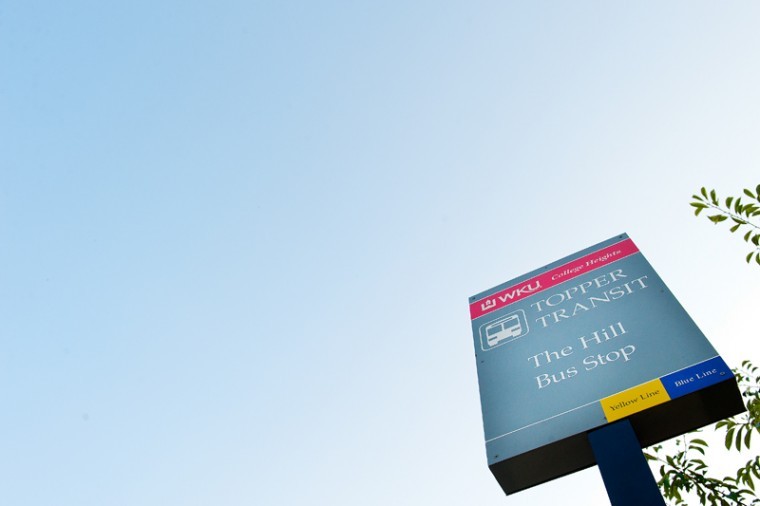 Three off-campus routes (Green Line, Yellow Line, and Purple Line) are used to transport passengers to and from area shopping, recreation, and housing centers. The new Yellow Line provides transit service between main campus and downtown Bowling Green in the evening. When used in conjunction with the Green Line, transit service on the main campus will occur approximately every 15 minutes. In a recent survey of students, evening service was the highest ranking request.

Students looking for a way downtown, or to their friend’s apartment, have a new option thanks to two new bus lines.

The Yellow Line runs Monday through Friday and goes downtown from 6 to 9:30 p.m. The Purple Line runs from 10 p.m. to 2 a.m. and stops at apartment complexes Thursday through Saturday.

The Purple Line is a fixed-route service that replaces the Provide-A-Ride service WKU offered in the past. It will make stops at the Gables, College Suites, off-campus apartments on Campbell Lane, downtown and main campus.

Jennifer Tougas, director of Parking and Transportation, said a survey her department conducted in February found the need for a shuttle to take students downtown.

“The No. 1 request was for evening service, and the number-four request was to go downtown, so with the Yellow Line we’re doing both,” Tougas said. “It’s a great way for us to help students go downtown.”

Parking and Transportation partnered with the Student Government Association, who partially funded Provide-A-Ride to create the Purple Line.

SGA President Cory Dodds said that the contract with the provider, Franklin Taxi, ended at the start of the 2010-2011 school year because the service was late picking up students and not safe.

“The last vendor that provided that service was really not able to keep up with the demand of the service, and as a result of that, we ended our contract with them,” Tougas said.

“Its original intention was if you find yourself in a situation where you don’t need to drive, call this number,” she said. “It became a ‘Hey, let’s call this and reserve our trips and everybody go out to this party,’ and that was not the intention of it.”

The cost for the Purple Line is $30,000, which was the same price as Provide-A-Ride. SGA and Parking and Transportation will continue to split the cost.

SGA can use its funding as it wishes. Dodds stressed that there is a not a student fee that funds Purple Line.

“Once we got our budget from that fee, we split it up to different things, scholarships, discretionary funding, and whenever we had Provide-A-Ride, we always set off $15,000 from our budget; same with the Purple Line,” he said.

Bardstown sophomore Monet Becker is upset with the idea that part of her tuition is funding Purple Line.

“I don’t see how that money is being used for academic purposes,” she said. “Since Western is an academic institution, I don’t think that SGA should use that money to fund, like I said, an after-hours basically drunk taxi service.”

Becker said instead of the Purple Line, she would rather see a stronger police presence on campus.