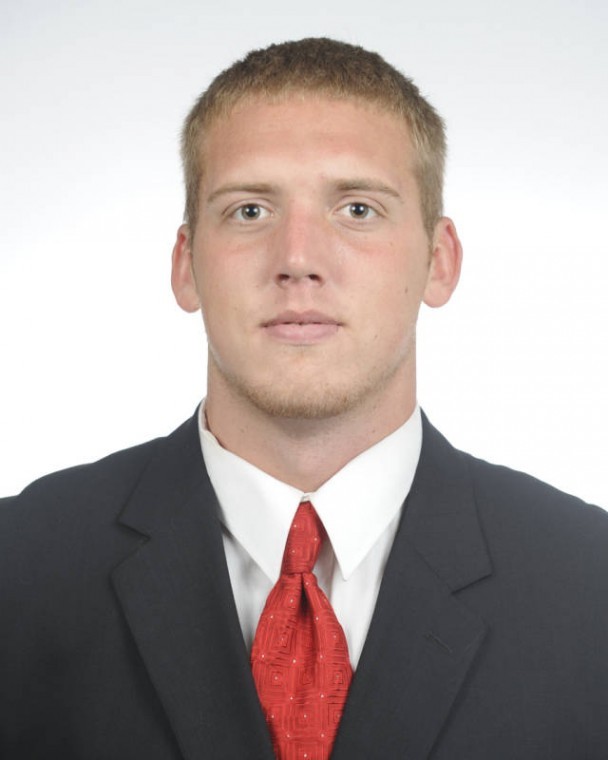 Senior tight end Ryan Wallace is hoping he can wrap up his long, strange trip of a college football career by bringing the Sun Belt Championship trophy back to his hometown.

“I’ve grown up around (WKU) and I would love to win a Sun Belt championship with this group,” he said at practice on Tuesday. “It’s a great group of guys and there’s no other group I’d rather be with.”

Wallace was born in Bowling Green and raised as a WKU fan, but decided to go to college elsewhere after being one of the top-rated recruits in the state coming out of high school.

The former Bowling Green High School standout, and son of BGHS coach Kevin Wallace, redshirted one season at Colorado before transferring to Kentucky, where he sat out one season and got no playing time the next.

After his two-year stint at Kentucky he elected to transfer to WKU. He played in all 12 games for the Toppers last season, his first with the team.

Wallace has been on the field more with WKU due to the offense the team runs, which uses often uses several tight ends to catch and block.

He said he has also benefited from working with a versatile group of tight ends, including fellow senior Jack Doyle, the Toppers’ leading receiver a year ago.

“We really work really well together,” Wallace said. “We complement each other, we’re able to rotate in about all six of us, really. We all do something different that’s our own thing.”

Returning kicks a priority for WKU

The ineligibility of sophomore running back John Evans seemingly left a hole at the top of the WKU depth chart at kick returner.

McNeal was selected to the freshman All-American team as a kick returner in his first year at WKU.

He redshirted last year after he suffered a knee injury in spring practice prior to the 2011 season but has made a full recovery and practiced with the team this offseason.

He won’t be the only one lining up in the backfield on kicks, either. Taggart said the Toppers have several options they’re planning on using for returning kickoffs and punts, including junior running back Antonio Andrews and sophomore safety Jonathan Dowling.

“There’s plenty of talent back there to do it for us, it’s just a matter of which guy you trust and putting the right guy in the right place and let’s role,” Taggart said.

Taggart, others excited about defense

The WKU offense is hoping to light up Sun Belt defenses this season, but they can’t pull away from the one they’ve faced this offseason.

Taggart said neither the offense nor defense has pulled away as the superior unit over the course of training camp, though the defense has had the upper hand in the last few practices.

“That was good to see because practices before that our offense had the upper hand on them,” he said. “It was good for them to rebound.”

Taggart isn’t the only one in camp to have noticed. He said senior quarterback Kawaun Jakes is also excited to finally see the defense take the field in the regular season.

“Kawaun and I were talking the other day, if our defense can play like they’ve been practicing these last couple of practices, we’re going to be okay as a football team,” Taggart said.