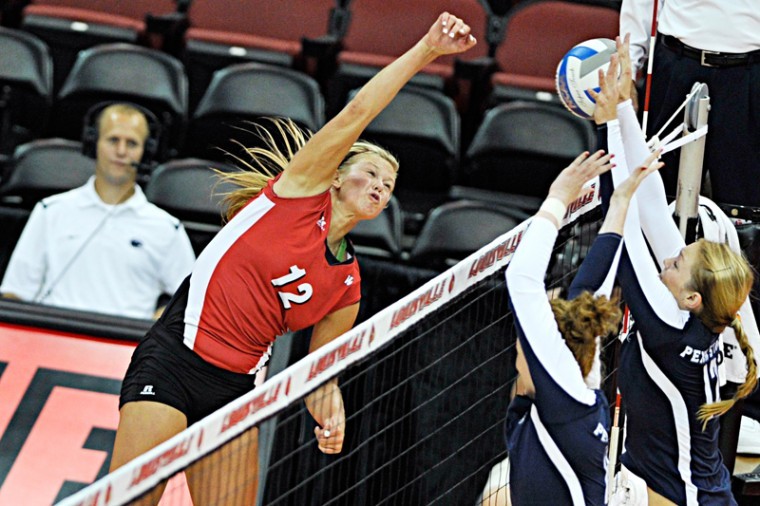 LOUISVILLE — After opening the season on the road, the Lady Toppers will come home for the first time on Tuesday night.

The Lady Toppers head into this match up coming off a 1-2 start to the season after playing in the Active Ankle Challenge at the KFC Yum! Center over the weekend.

The Lady Govs enter Diddle at 1-3 after playing in the Memphis Invitational.

Lady Topper coach Travis Hudson said his team will focus on identifying its own game heading into the home opener.

“We’re probably not even going to mention Austin Peay in practice,” Hudson said. “It’s early in the year so we’re really going to focus on us. We’ll watch some film and work on the things we need to fix from this weekend.”

“At this early in the season it’s more about playing your game,” Skinner said. “We have to figure out the kinks and everything about us rather than worrying about what the other team is going to do.”

WKU will have to defend Hillary Plybon, who was named to the Memphis All-Tournament team after posting 44 kills this weekend, averaging 2.93 kills per set.

Ashley Potts, the Sun Belt Conference preseason Defensive Player of the Year enters the match looking to add on to her already impressive start to the year as she leads the defense with 48 digs, 4.80 per set.

Austin Peay will be the second straight Ohio Valley Conference opponent for the Lady Toppers, who earned their first win of the season against Morehead State, 3-0, on Saturday night.

Skinner, the defending Sun Belt Player of the Year, said the final match against Morehead State was the game they knew they had to win to set the tone for the year.

“On paper the other teams (University of Louisville and Penn State) were supposed to win,” Skinner said. “We knew that the Morehead game was the one we really had to win. I think we came back from those two losses, did what we had to do and played really hard.”

Ashley Potts led the defense with 17 digs, followed by Skinner, who posted a double-double, with 13 kills and 11 digs.

Skinner now has 26 double-doubles in her WKU career.

The Lady Toppers showed improvement from Friday night’s Louisville matchup when they played No. 3 Penn State on Saturday afternoon.

Penn State, the highest-ranked team on WKU’s schedule, used its height to sweep the Lady Toppers 3-0.

That loss came after WKU lost to in-state rival Louisville 3-1.

“Right now it’s all about building your team this early in the year,” Hudson said. “I thought we built some great momentum against Penn State, and it carried over well in the Morehead State match.”