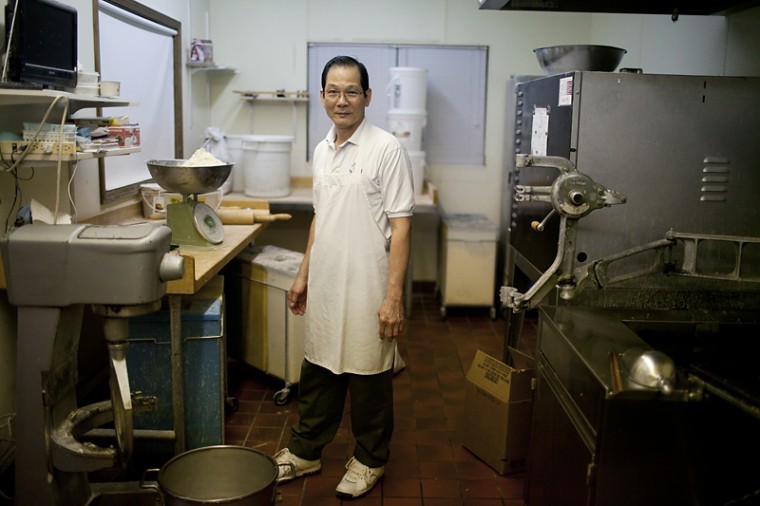 Eak Taing, 56, originally from Phnom Penh, Cambodia, moved to Bowling Green in 1981. Taing works at the Great American Donut Shop, or GADS as it is frequently called, which is owned by the Taing family. The shop has been a Bowling Green staple for 23 years.

Paul, an ophthalmologist based in Bowling Green before his election to the Senate in 2010, said he and his family have frequented GADS.

“The Taings work long hours. Mrs. Taing told us that the family works through the night to make donuts,” Paul said. “The Taing children have become valedictorians and National Merit Scholars.

“The Taings from Cambodia are an American success story, so Mr. President don’t you go telling the Taings: ‘You didn’t build that.'”

Meanwhile, in Bowling Green, business carried on as usual.

Paul emphasized that the owners of the Great American Donut Shop, also known as GADS and DoJo, built the store as immigrants from Cambodia.

“It was a long journey.” Taing said. “It took two years to get here.”

Taing spent those years at refugee camps in Thailand and Indonesia before she was able to move to America. At 10 years old, Taing finally made it to Bowling Green.

Now at age 44, she works long shifts, seven days a week with co-owner and husband, Sea Taing. Their family is keeping GADS successful, she said.

“I don’t make the donuts like my husband, but I get supplies and keep it going.” Taing said.

GADS has been in business for 23 years now.

Stan Markham, 65, said he’s been coming to the donut shop for 15 years.

“I just admire the whole family,” Markham said. “They work so hard.”

When asked about the future, Taing said she wishes to continue to have success with the support of the community and WKU students.

“It comes from full-time dedication and community support,” she said.