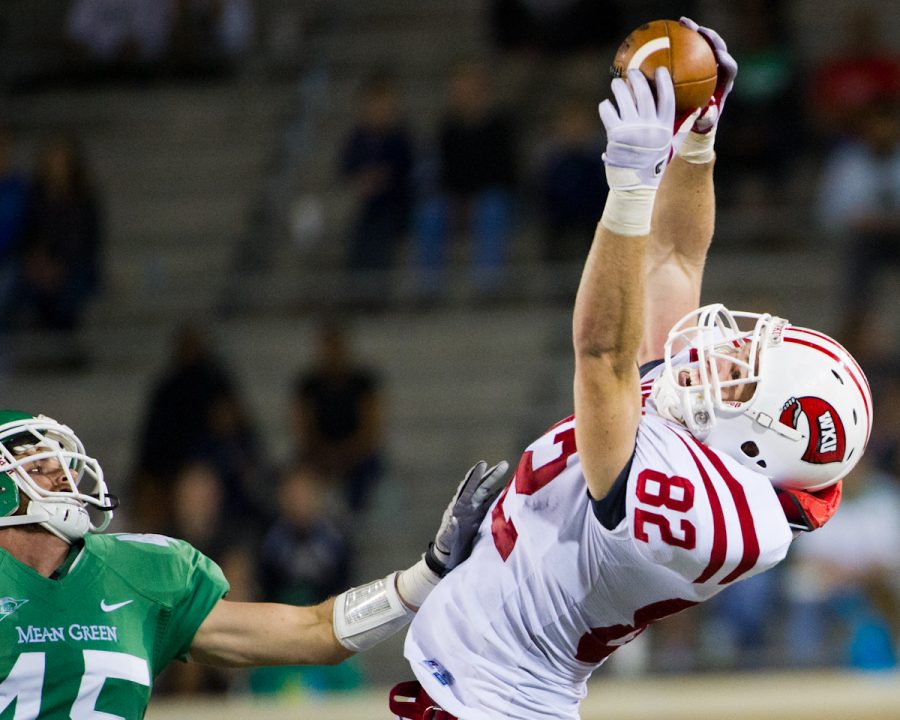 Junior tight end jack Doyle pulls in a pass for a first down agasinst North Texas University during the third quarter at Apogee Stadium in Denton, Texas on Saturday. WKU won 31-21 to become bowl eligible. Doyle caught a career-high nine passes for a team-high 89 yards in a career night for quarterback Kawaun Jakes.

Five WKU players were named to watch lists for the 2012 College Football Performance Awards on Monday.

Recipients are selected exclusively based upon objective scientific rankings of the extent to which individual players increase the overall effectiveness of their teams, according to the website.

Doyle, who will become a fourth-year starter this fall, caught 52 passes for 614 yards last season. Both totals were team-highs.

Jackson was a first-year starter in 2011 and became an All-Sun Belt performer, totaling 109 tackles, 3.5 sacks and an interception.

Brakefield punted 64 times, averaging 41.6 yards per punt and 37.9 net yards per punt. He pinned opponents within their own 20-yard line 24 times.