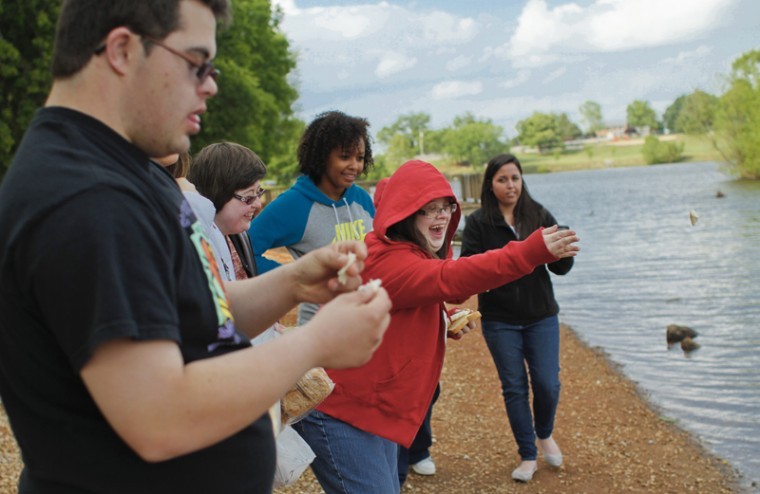 Kate Tichenor feeds the ducks at Basil Griffin Park during the Best Buddies picnic April 22. The WKU chapter of Best Buddies began three years ago and creates friendships between students and people with intellectual and developmental disabilities.

On Sunday, April 22, WKU students and their best buddies gathered at Basil Griffin Park in Bowling Green for the Best Buddies picnic. This is the first year that they have had the picnic, but the WKU chapter of the national non-profit Best Buddies has been around for three years.

Best Buddies pairs up college students with people who have intellectual or developmental disabilities. The students commit to one year of continued contact with their buddy in order to develop a genuine friendship.

“You haven’t lived until you’ve done karaoke with this bunch,” said Leisa Hutchinson, the faculty advisor for Best Buddies at WKU. The students and their buddies as a group take part in activities like karaoke nights and picnics throughout the year, but they also spend time on a one-to-one basis in order to build their friendships.

Hutchinson says that the organization has typically been made up of students from the Communication Disorders department, but the program is open to all WKU students. They’re currently trying to find more volunteers to be paired up with buddies.