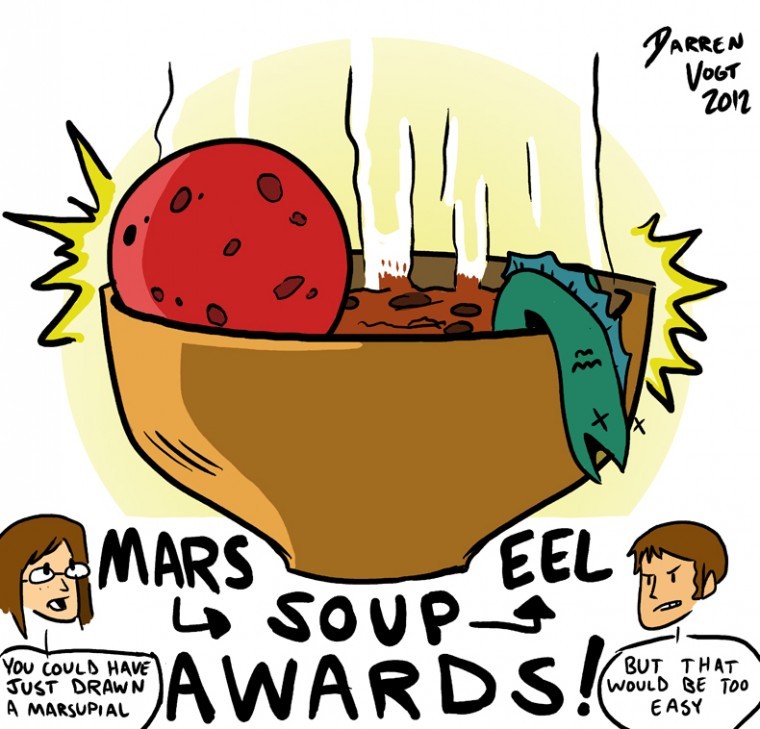 What a semester it has been on the Hill. From Twittergate to robberies to head coach firings, it’s been a semester to remember. Now that all the reporting is done, let’s hand out our our end-of-the-semester awards.

The “U Mad, Bro?” Award goes to Hannah Simmons and her infamous Letter to the Editor. We hope you see this as equal coverage.

The Coolest Souvenir Award goes to Sigma Chi for the Fight Night that didn’t happen. We hope the 4,000 people who bought T-shirts will still wear them proudly.

The Misinterpretation Award goes to the Lava Lounge. When someone said they wanted to take some shots, we don’t think that’s what they meant.

The Bird Cage Award goes to Corie Martin for attempting to lock up everyone’s tweets. Can you unblock us now?

The Most Productive Award goes to the Student Government Association. Isn’t it the results of their handwork obvious?

The Team Player Award goes to the Garret Ballroom for letting everyone move in during the DUC renovations, because ICSR (Institute for Citizenship and Social Responsibility) surely wasn’t.

The Stepping Stone Award goes to Ross Bjork, though we do hear that Ole Miss has better tailgating.

The Instant Celebrity Award goes to Ray Harper. Better yet, those Harper Heads.

The WKU Bar Star Award goes to Hilligan’s most valuable customer, Billy Stephens. Maybe you can call Kendrick Bryan to pick you up since there is no Provide-A-Ride.

The Buyout Award goes to Ken McDonald. Don’t spend that $300,000 buyout in one place.

This editorial represents the views of the Herald’s 10-member editorial board.