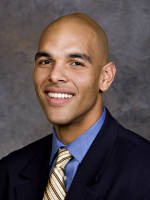 “I am honored to be back on staff here at WKU, and I am grateful to Coach Harper for giving me this opportunity,” Boyden said in a statement. “It is a place that I hold near and dear to my heart. I have had the unique experience of being an undergraduate student at WKU, a graduate student, a basketball player, a basketball coach and a fan.

“Western Kentucky University is a special place, and I cannot wait to help this team get better every day and work towards another Sun Belt Conference championship.”

Andrew Theokas, who served as WKU’s Director of Basketball Operations, is also no longer with the program. That position has yet to be filled.

In six years as a WKU player or assistant coach, Boyden has been a part of 133 wins, five 20-win seasons, four conference titles and four NCAA Tournament appearances.

“We are really happy to have David back,” Harper said. “WKU is a place that he loves, and he wore the jersey with pride when he played. He was a big part of our successes when he was here as an assistant coach previously, and I know he is extremely excited to help us take this program to the next level.

“He brings a wealth of coaching experience back to the Hill, and he is an outstanding addition to our staff.”