WKU looks to cushion itself in league standings 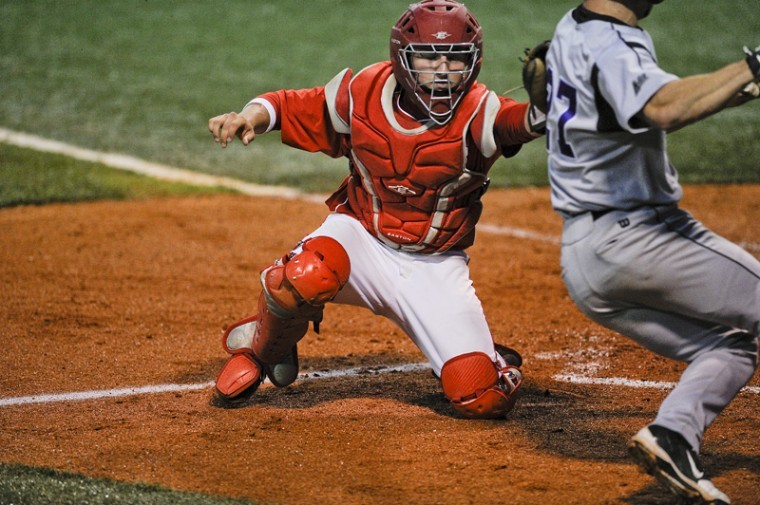 There’s just about a month left in WKU’s 2012 regular-season campaign.

Over that stretch, the Toppers have four more Sun Belt Conference series — three of which are against teams with better conference records.

At this point in the season, Head Coach Matt Myers said it’s difficult to avoid glancing at the conference standings.

Out of 10 teams in the Sun Belt, the top eight in the standings earn a trip to the league tournament, which this year will be hosted by WKU at the Bowling Green Ballpark.

WKU (17-24, 8-10 Sun Belt) currently sits in sixth place but just one game ahead of three other teams. That group includes Louisiana-Monroe (19-21, 7-11), a team that comes to Nick Denes Field this weekend to face the Toppers, with the first game set for 6 p.m. Friday.

Sophomore first baseman Scott Wilcox said he thinks it’s helpful to see where his team currently ranks in the standings.

“I think you’ve got to just to see where everyone’s at and how everyone’s been doing,” Wilcox said. “But if you take care of business yourself, everything else will take care of itself.”

The Toppers will be trying to take care of business this weekend against a ULM team that’s coming off a home-series win over Middle Tennessee State (24-18, 10-8).

ULM is the last team the Toppers will face that’s currently seated below them in the Sun Belt standings.

That in itself makes this series that much more important to WKU’s future, Wilcox said.

“It’s going to be huge, I think, especially because they’re coming up close behind us, and we need to knock them down a little further,” Wilcox said. “With the schedule we have coming up, it’ll be good to get this win at home if we could. It’d be huge to really come out on top this weekend.”

Not only would a series win give the Toppers a boost in the standings, but it would also allow them to have tiebreakers over teams that are fighting against them in the standings down the stretch.

“All of us are going to be in that group, that bubble,” Myers said. “The four through eight is going to be a jumble all the way through. The more tiebreakers you have, the more you can secure yourself.”

With series against teams slated higher in the standings, including league-leading Florida Atlantic (25-15, 13-3), on the horizon, WKU will be looking to take advantage of its last series against a Sun Belt bottom-feeder.

But just because ULM has a worse conference record doesn’t necessarily mean it’s going to be an easy series win, Myers said.

“They’re not a team you go, ‘Oh, they’re a last-place team,’” Myers said. “One, we’re not good enough to look at someone like that — we have respect — and two, they’re better than what people think.”

He said the approach this weekend is simple — “take two out of three.”

Despite the overall goal to win the series, junior left-hander Tim Bado said the team must take each game one at a time.

“Every single game at this point of the year is huge for us, especially these next few weekends, because we’re playing for a spot in the tournament,” said Bado, the team’s probable Saturday starter.

While Myers said it’s hard not to look at the standings, he wants his team to remain focused on what they can control.

“Just because of what we’ve been hit with this year, you want to look at them, but you can only control what you can control,” Myers said. “The only thing that we can control is this weekend.”