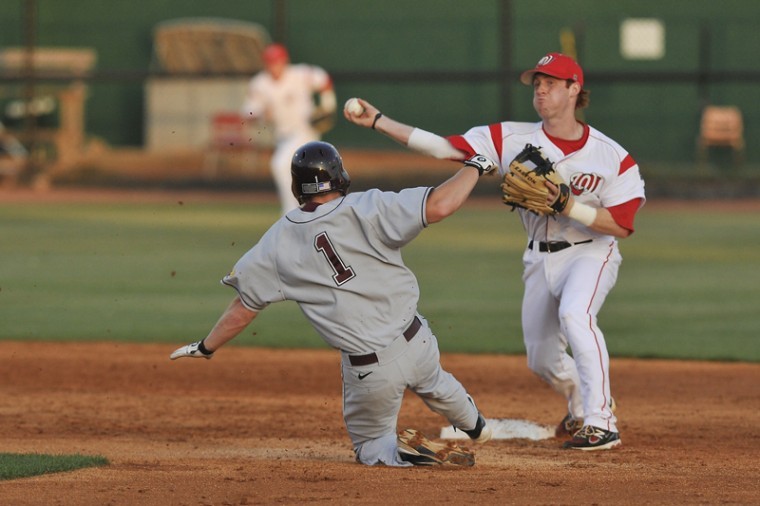 It’s been somewhat of a roller coaster ride over the past week for WKU.

The Toppers dropped the first game of last weekend’s series against Arkansas-Little Rock while scoring just one run.

WKU (12-17, 4-5 Sun Belt Conference) bounced back to win the final two games and secured its first league series win with a combined 13 runs.

But on Tuesday, the Toppers fell to defeat once again, this time at the hands of No. 18 Louisville by a score of 9-2 in a game where they accumulated just three hits.

While Head Coach Matt Myers said he’s not letting his team put the Louisville loss out of their minds, he wants to emphasize the importance of resuming Sun Belt play this weekend.

“I’m not giving them an excuse for a short memory,” Myers said. “But the No. 1 goal for us right now is conference play. We got to get down to Lafayette, and we got to make sure we try to win that series.”

ULL is currently on a seven-game losing streak but is 8-5 at Moore Field this season and started the year with a six-game home winning streak.

Myers said the Ragin’ Cajuns has a really good atmosphere, which helps them play well at home.

Senior right fielder Ryan Hutchison agreed with Myers, given his experiences there throughout his career.

“It’s a hostile environment to play in,” Hutchison said. “We’ve just got to be ready to play.”

The Ragin’ Cajuns’ Friday and Saturday starters — junior right-hander Jordan Nicholson and junior left-hander Chris Griffitt — have combined for a 3.89 ERA this season.

Myers said WKU’s pitching will have to be on top of its game this weekend because ULL is so good on the mound.

“They can really pitch,” Myers said. “We’re going to have to go down there and pitch well, because offensively, we’re not going to get many chances. I mean, they really pitch well.”

Sophomore left-hander Austin Clay said the pitching staff will be ready to go.

“We’ve got a full staff ready to go this weekend and have our good starters coming up,” Clay said.

Myers said it’s “easy” to focus on the upcoming Sun Belt series and not on the lackluster performance against Louisville.

“The No. 1 goal for us is Sun Belt Conference play,” Myers said. “We’ve got a chance to move in the top four this weekend with a good weekend, potentially. That’s the focus.”

Hutchison said he’s excited for the opportunity to move up in the standings.

“We know we’re going down to Lafayette for a long trip, and we know that we’ve put ourselves in a good position,” Hutchison said. “If we win two or three this weekend, then we’re in really good position.”