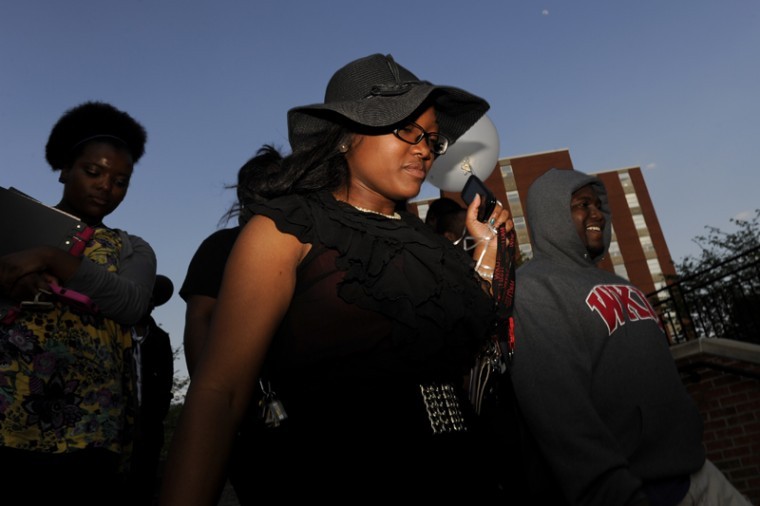 Delta Sigma Theta sorority’s “REDefining What You Know” week came to a close with “Flip Flop Day” on REDefining PINK day at Grise Hall Auditorium on Thursday, the fourth day of events.

“Flip Flop Day is basically an event where sororities and fraternities switch roles and act each other out based on what is seen on campus,” said Ambria Cunningham, president of Delta Sigma Theta.

Nashville senior Stavon Williams, a performer in the event, said he comes out to support the Delta Sigma Thetas.

“It’s something that the Deltas do every year just to have a good time,” Williams said. “I came out to support them and what they do, and I had a blast.”

Several people wore pink shirts with the name “Tabitha Briggs” printed on the back, in honor of breast cancer awareness. Briggs was a sister of the Delta Sigma Theta sorority who passed away in 2005 after a battle with breast cancer, according to the Tabitha M. Briggs Memorial Scholarship website.

The week also included community service with Parks and Recreation. The week ended with the Block Party on Friday night.

“Our founders paved us a path,” Cunningham said. “It’s important that we always stay on that path.”

Cunningham said the events were important in showing that the Deltas are a strong, black, Greek organization.

“A lot of people don’t know about us, and it is important that we show our face,” Cunningham said. “We have to live up to our ideal image of sisterhood and service.”