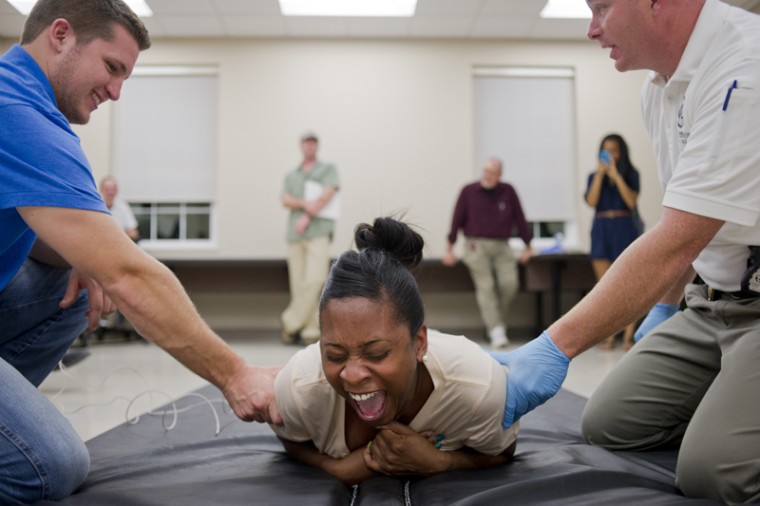 Nashville senior Onyx Donaldson screams in pain as electricity from a taser gun runs through her body. Donaldson was one of several volunteers that decided to see what it was like to be hit with a stun gun. Despite being nervous, Donaldson said she did it to prove to her boyfriend and herself that she could do it. Afterward, Donaldson said she would do it again. “It was fun and funny,” she said.